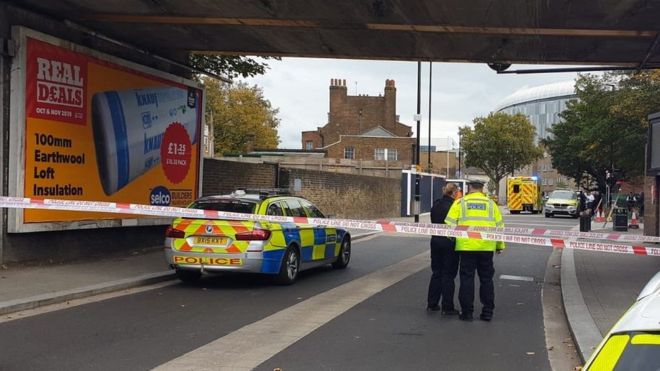 A police officer has been hit by a car which had been pulled over in an “intelligence led stop” in Tottenham.

The vehicle was stopped by armed police in White Hart Lane at about 11:30 GMT and struck the officer when it was driven off “at speed”, the Met said.

London Ambulance Service said the firearms officer suffered a minor injury and had been driven to hospital.

No arrests have been made and “inquiries are underway to locate the suspects and the vehicle,” police said.