The Bank of England reveals the new £20 design 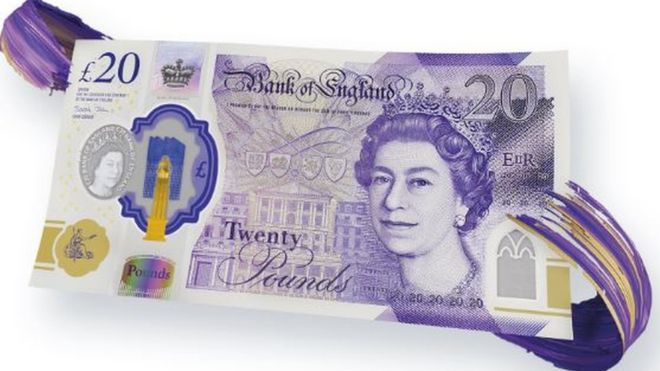 Britain’s most forged, banknote has been unveiled by the Bank of England. 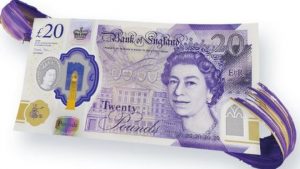 Security features on the next £20 note, featuring artist JMW Turner, will include two see-through windows on the note and a metallic hologram.

In the first half this year, 88% of detected banknote forgeries were £20 notes, the Bank’s statistics show.

The new design, which the bank describes as its most secure, enters circulation on 20 February next year.

The most commonly circulating banknote in Britain is the £20 note, with two billion of them in the system.

The new £20 note will be the third Bank of England banknote to be made from polymer, following the new £5 note and new £10 note. The next version of the £50 note, to be launched by the end of 2021, will also be polymer.

The theory is that the plastic notes will be more sturdy, such as surviving a spin in the washing machine and be more resistant to counterfeiting.