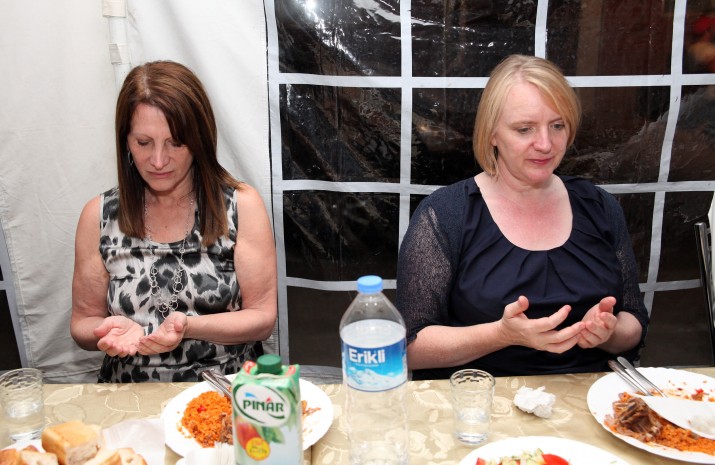 Lynne Featherstone MP was present for the post-sunset iftar meal

Speaking at the meal, mosque coordinator Akif Çulhaoğlu said their mosque was a place of worship not only for the local Turkish community but for other Muslims in the area. He said Fatih was one of 15 mosques connected to the Turkish Islamic Cultural Centre and that they offered religious education and courses for children too.

Ms Featherstone, who is also Parliamentary Under-Secretary of State for International Development, said she was proud to represent a part of the country in which 180 ethnic languages and dialects were spoken. She added that she was making an especial effort to connect with Turkish constituents.