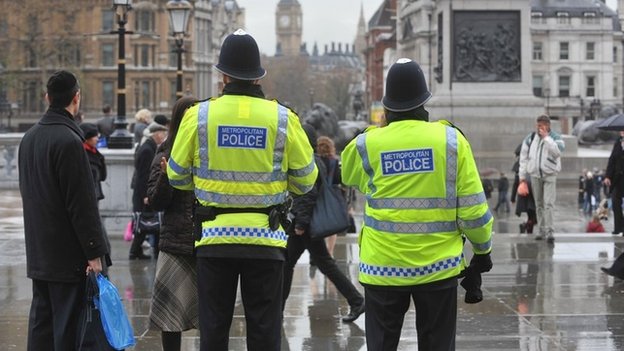 The Crown Prosecution Service will receive an extra £85m over the next two years, to help deal with a rise in violent crime in England and Wales.

It comes as Boris Johnson launches a review of the sentencing of some dangerous and prolific offenders.

He said dangerous criminals must be taken off the streets and punishments “fit the crime” if the public was to have confidence in the justice system.

Lawyers said the new money did not make up for 10 years of “relentless cuts”.

The news fuels speculation ministers are preparing for a general election with a series of spending commitments and new initiatives.

But Downing Street said it is not planning an early election.

Announcing the sentencing review, Mr Johnson said: “We have all seen examples of rapists and murderers let out too soon or people offending again as soon as they’re released.

“This ends now. We want them caught, locked up, punished and properly rehabilitated.”

The review, which will begin immediately, will look at whether violent and sexual offenders are serving sentences that reflect the severity of their crimes.

It will report back in the autumn.

Under the current system, criminals sentenced to 12 months or more generally serve the first half of their time in prison and the second half “on licence” in the community, where they may be subject to recall.

Dangerous offenders can be given extended sentences, which mean they must serve two-thirds before being eligible for parole.

Justice secretary Robert Buckland said the review will focus on those violent, sexual and prolific offenders who are not currently given these extended sentences.

But sentencing decisions should still be based on individual circumstances not “targets or numbers”, Mr Buckland said.

Opposition parties warned there was no easy fix for the current rise in violent crime.

She said: “For years, Labour and Tory ministers have made sentences longer and longer, without any evidence that they prevent crime.

“It may sound tough, but it hasn’t made our communities any safer.”

The incentive of early release is seen by many as critical for keeping order in prisons.

Sir David Latham, a former judge and chairman of the Parole Board for England and Wales, told BBC Radio 5 Live: “Prisons are significantly overcrowded and the risks of violence in prisons have increased very substantially over the last few years.”

Last year saw record levels of assaults on prison staff as well as a rise in self-harm by inmates.

Sir David said the way to ensure the safety of the public was by monitoring offenders after release with effective probation services. “The essence of early release is that there should be proper control over that prisoner,” he said.

But he denied that sentencing needed to be tougher. “Sentencing has in fact increased over the last 20 to 30 years quite substantially,” Sir David said.

Downing Street said the extra £85m for the CPS – which prosecutes criminal cases in England and Wales – will help staff respond to the rise in violent crime and an “explosion of digital evidence”.

Mr Hill said: “Our work is changing, and this new funding will provide the increased capacity to enable us to respond effectively to challenging trends we currently face.”

A spokesman from the CPS said the money would also help deal with the higher caseload they were anticipating as a result of Mr Johnson’s plan to recruit 20,000 more police officers.

In 2018-19 the CPS received £528m in government funding, but lawyers said the additional funding over two years was only a “modest first step”.

Chris Henley, chair of the Criminal Bar Association, said: “The criminal justice system is severely underfunded, as a result of relentless cuts over the last 10 years.”

He said more money was needed for the prosecution system and the courts to “restore public faith”, as increasingly “those who commit crime walk free and the innocent risk being convicted”.

Labour’s shadow home secretary, Diane Abbott, accused the prime minister of “clearing the ground” for a general election rather than creating real solutions for the criminal justice system.

She said: “Anyone can promise tens of thousands of police officers, if you’re not saying exactly how you’re going to fund it. There’s been a whole series of these promises and Boris doesn’t explain how he will pay for it.”