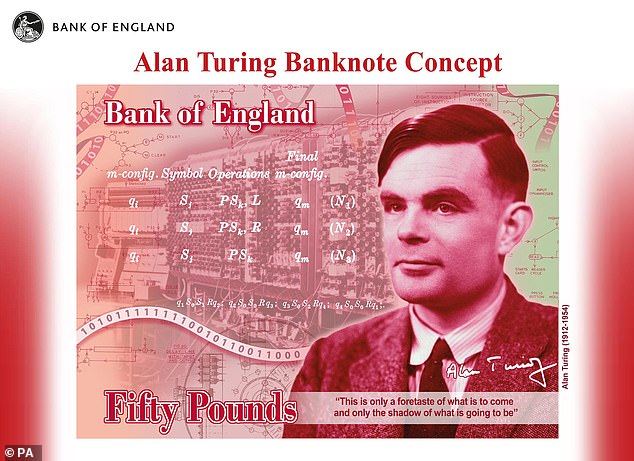 Second World War codebreaker Alan Turing will be the next person to feature on the £50 note, the Bank of England has confirmed today.

The mathematician, known as the ‘father of computer science’ for his innovative methods, was revealed as the new face of the currency at a conference at the Science and Industry Museum in Manchester this morning.

It comes after the Bank of England asked the public to nominate a person with a historic scientific contribution for the new note last year. 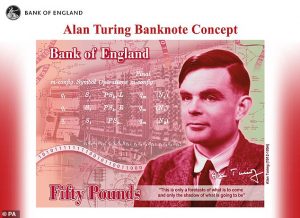 Governor Mark Carney revealed Turing was chosen from a list of 989 candidates put forward in more than 220,000 nominations.

The new polymer £50 note is expected to enter circulation by the end of 2021.

The note will also feature a quote from Turing, given in an interview to the Times newspaper on June 11, 1949: ‘This is only a foretaste of what is to come, and only the shadow of what is going to be.’