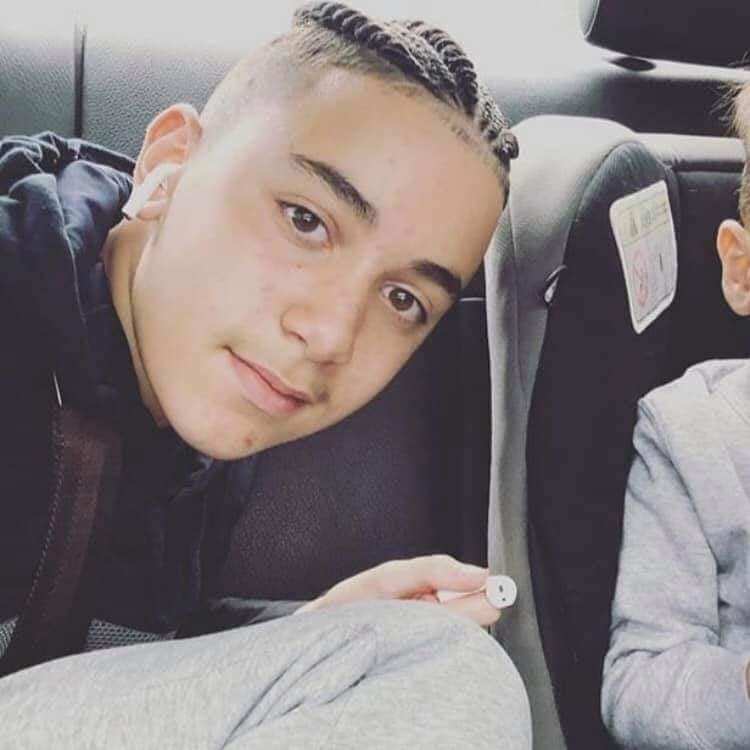 On Monday morning, June 10, Eniscan’s Oyster card was used from London Bridge at 8.20am to Shepherds Bush. It shows he arrived at Shepherds Bush at 8.53am. Since these transactions, his oyster has not been used since.

Eniscan Doğangün lives in the Bromley, south London. His school is located a 20 minutes’ walk from his home.

His mother Hakime Enrüz Doğangün announced her son’s disappearance through social media in a plea for information on the whereabouts of her son. she also shared in an update that police are looking at CCTV and his phone records to find his location. 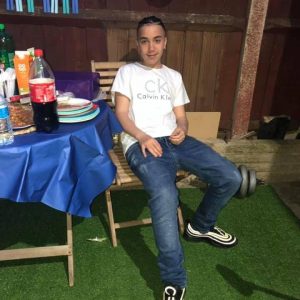 In addition to the Turkish-speaking community living in London, our community members who learned that Eniscan was missing from outside of London have all been sharing Hakime’s post.

After seeing the news of the loss of the young members of our community, Londra Gazete spoke reached out to the family.
Akjen Havalı, made a statement on behalf of the family, stated that Eniscan Doğangün is a child in that would not harm anyone:  “Eniscan left home for school in the morning, first he goes to London Bridge and then to Shepherd Bush. His school is just a 20 minutes walk from the house. We have no idea why he went from south London to north London. His a child who gets along well with friends in school doesn’t have a problem with his family. He goes from home to school and back again. They used to go out with his dad to play pool. We don’t think he’s connected to any gang.”

Havli told us that they have not received any news from Eniscan yet and that there had no development yet from the police. 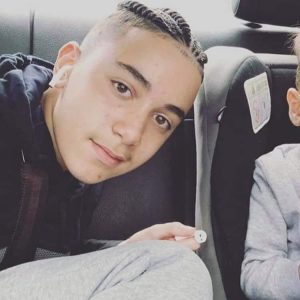 Eniscan left his home in his school uniform, with his Nike brand grey coat, a black backpack and Nike brand black sports shoes. The family asks those who have seen Eniscan or have any information to contact the police or call 07432 155 234 – 07828 715 787. 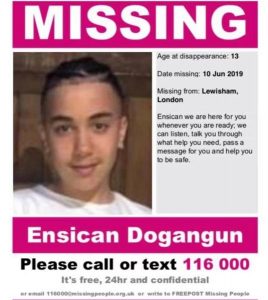 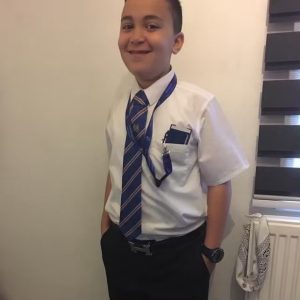