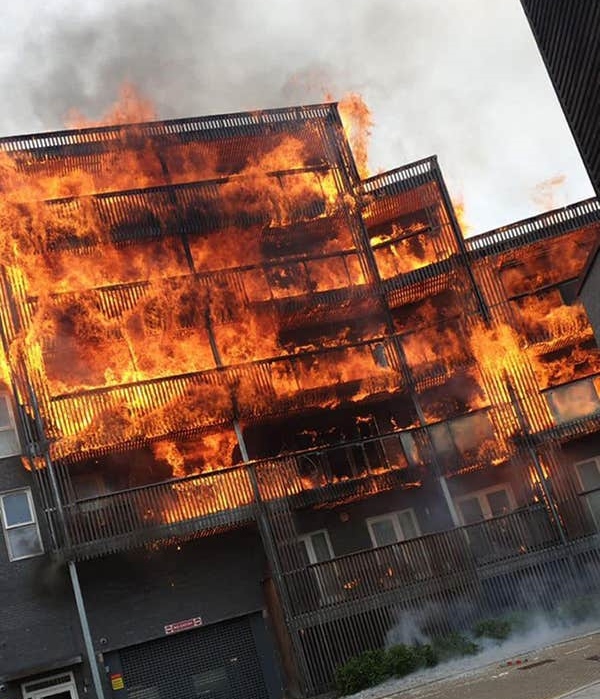 A major incident was declared by police after firefighters battled a huge blaze at a block of flats in east London.

Fifteen engines and around 100 firefighters were called to the fire on De Pass Gardens, Barking, London Fire Brigade said. 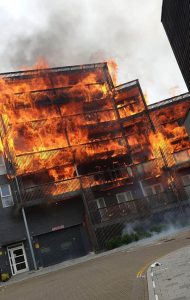 The force added the sixth floor of the block was alight

Pictures showed part of the building engulfed by flames with black smoke billowing into the air.

A spokesman for the Metropolitan Police said there had been no reports of injuries.

The London Ambulance Service said it was called at 3.30pm on Sunday and sent two ambulance crews, two solo responders and its Hazardous Area Response Team.

A spokeswoman for the LAS said: “We have a tactical commander and our command support vehicle at the scene. We also dispatched London’s Air Ambulance.

“There are no reports of any injuries at the moment.”

A witness, who lives opposite the block of flats, said several hundred people had gathered outside to watch as emergency services battle the blaze.

In a statement, the LFB said: “Fifteen fire engines and around 100 firefighters were called to a fire at a block of flats on De Pass Gardens in Barking.

“The ground floor to the sixth floor of the block were alight. The Brigade was called at 3.30pm and the blaze was under control by 6.05pm. Fire crews from Barking, Dagenham, East Ham and surrounding fire stations were at the scene.

“The cause of the fire is under investigation.”