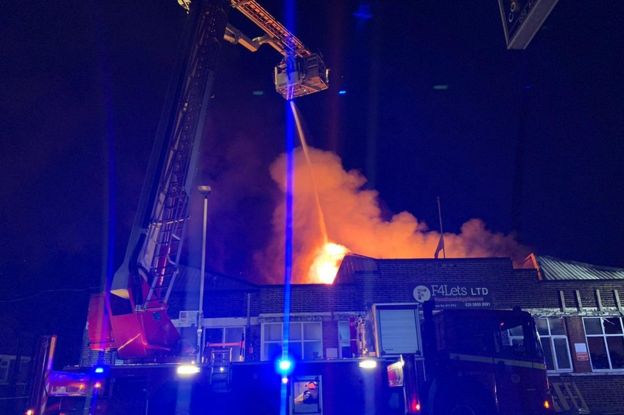 Firefighters tackled a fire that has ripped through a warehouse, sending huge plumes of black smoke into the sky in north London on Thursday 23 May.

Around 100 firefighters are tackling the blaze at what is thought to be a furniture store in Garman Road, Tottenham, which broke out at about 00:20 am.

The Met said it believes the fire began at a unit being used to grow cannabis before spreading to others.

The London Fire Brigade said a large part of the roof of a range of units was destroyed, to the rear of where the fire took hold.

The fire was brought under control by 12:24 pm, nearly 12 hours later.

Station Manager Lee Sandy said: “Due to structural damage it has been difficult for crews to gain access to the building.

“Crews were on scene throughout the night tackling the blaze and now have the fire under control and have stopped it spreading any further.”

He added: “There is a lot of smoke and we are reminding people to keep windows shut in the local area.”

The large plume of smoke could be seen across London. 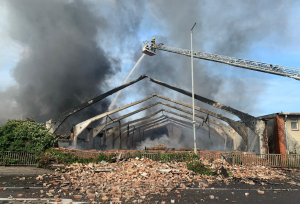