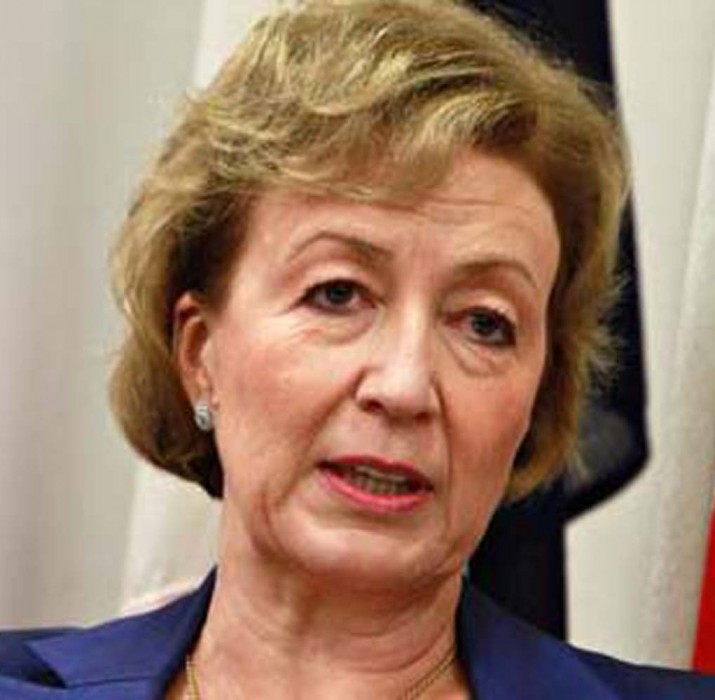 Commons Leader Andrea Leadsom has quit the cabinet, saying she no longer believes the government’s approach will deliver Brexit.

Her resignation comes amid a backlash against Theresa May’s Brexit plan from Conservative MPs.

Mrs Leadsom previously ran for Tory leader but withdrew, clearing the path for Mrs May to become prime minister.

As Commons leader, she was in charge of organising government business and had been due to announce when the prime minister’s Withdrawal Agreement Bill would be introduced to Parliament.

Her resignation is the 36th by a minister under Theresa May – 21 of them over Brexit – and comes a day before the UK votes in the European elections.

In her letter she stated that she did not believe “the UK would be a truly sovereign United Kingdom through the deal that is now proposed”.

She also described holding another referendum as “dangerously divisive”, and said she was opposed to the government “willingly facilitating such a concession”.

Another referendum would “risk undermining our Union which is something I passionately want to see strengthened”, she said.

She also attacked the “breakdown of government processes”, saying that Brexit-related legislation proposals had not been “properly scrutinised”.

She concluded her letter by paying tribute to “the integrity, resolution and determination” of the prime minister and urging her to “make the right decisions in the interests of the country, the government and our party”.

But in her response, Mrs May said her bill would deliver Brexit for the UK, and sought to assure her departing colleague that she continued to be opposed to a second referendum – arguing it would be “divisive”