An EU member in British minds 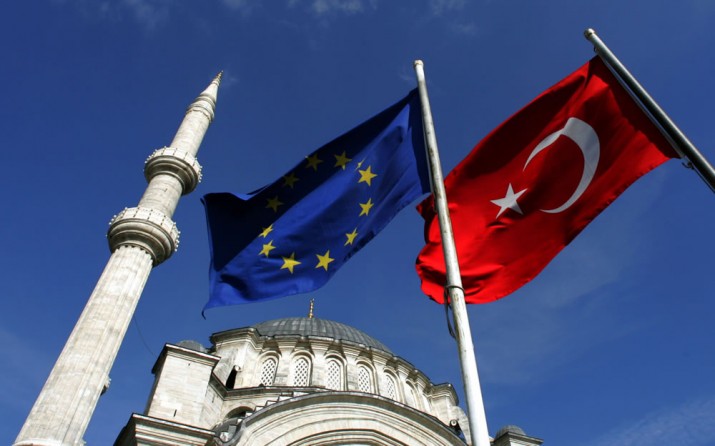 More than one third of Brits wrongly believe Turkey is already a member of the European Union.

The striking statistic emerged from a research conducted by a price comparison website to coincide with a drastic reduction in mobile phone roaming fees across the continent.

Mobile users who wrongly believe they are protected from roaming charges in Turkey, the second most popular holiday destination of 2014 for UK travellers, could be in for a nasty shock, uSwitch.com warned.

“Not knowing which countries are in the European Union could cause havoc for mobile users this summer as they could wrongly think they are protected from roaming charges in popular destinations like Turkey or Switzerland,” said technology expert Ernest Doku.

The website gave survey participants a list of countries and asked them if they thought they were in the EU or not. 38 per cent said they believed Turkey was a member, behind Switzerland on 41 per cent.

Just 12 per cent of respondents believed Tunisia was an EU member state.

But as the caps don’t apply outside the European Union, visitors to countries like Switzerland and Turkey could be surprised with a high bill when they return home.

One in eight respondents to the uSwitch.com survey wrongly believed all roaming charges are due to be scrapped worldwide in 2015; while almost three quarters of Brits admitted to never checking with their networks to see if there are roaming bundles they can use abroad.

Turkey applied for EU membership in 1987 and began entry negotiations in 2005, but even the most optimistic analysts do not expect it to join before the end of this decade.