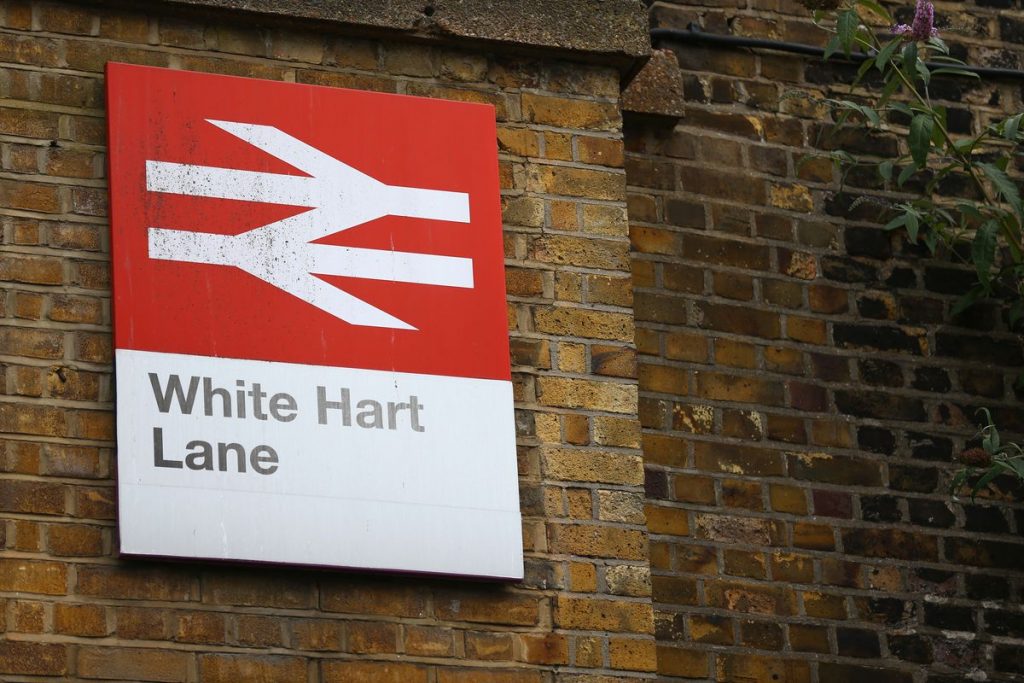 WHITE Hart Lane railway station could be renamed Tottenham Hotspur as part of the regeneration project around the club’s new stadium, reports claim.

Transport for London (TfL) said it was “in discussions” with the club over the station rebrand which could cost the club more than £14.7m.

White Hart Lane, part of the London Overground network, is the nearest station to Tottenham’s new stadium, which is set to officially open next month.

The idea was first raised in October 2016 as part of a wider regeneration of the station’s entrance, ticket hall, facilities and forecourt.

The Guardian has reported a deal is close to being agreed with a memo of understanding between the club and TfL reportedly being drafted.

Green party co-leader Siân Berry said: “We must be careful to protect the heritage of our transport system – temporary name changes to celebrate sporting heroes or public figures is one thing, but we should be vigilant against a sell-off to commercial and corporate interests.

“The public have a right to their say on changes like this, and they should have been consulted.”