“Freedom of press is essential for democracy” 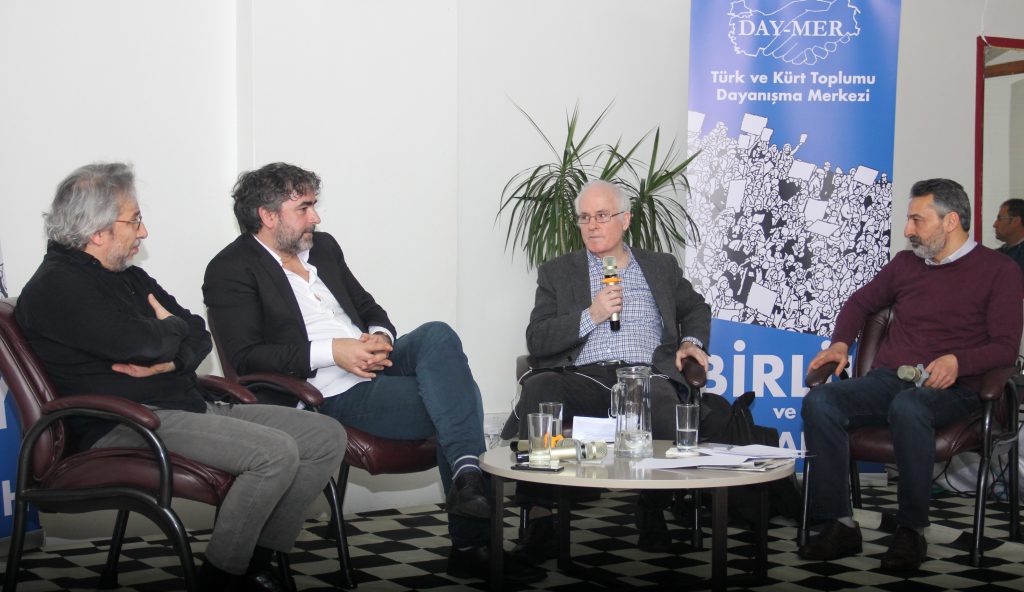 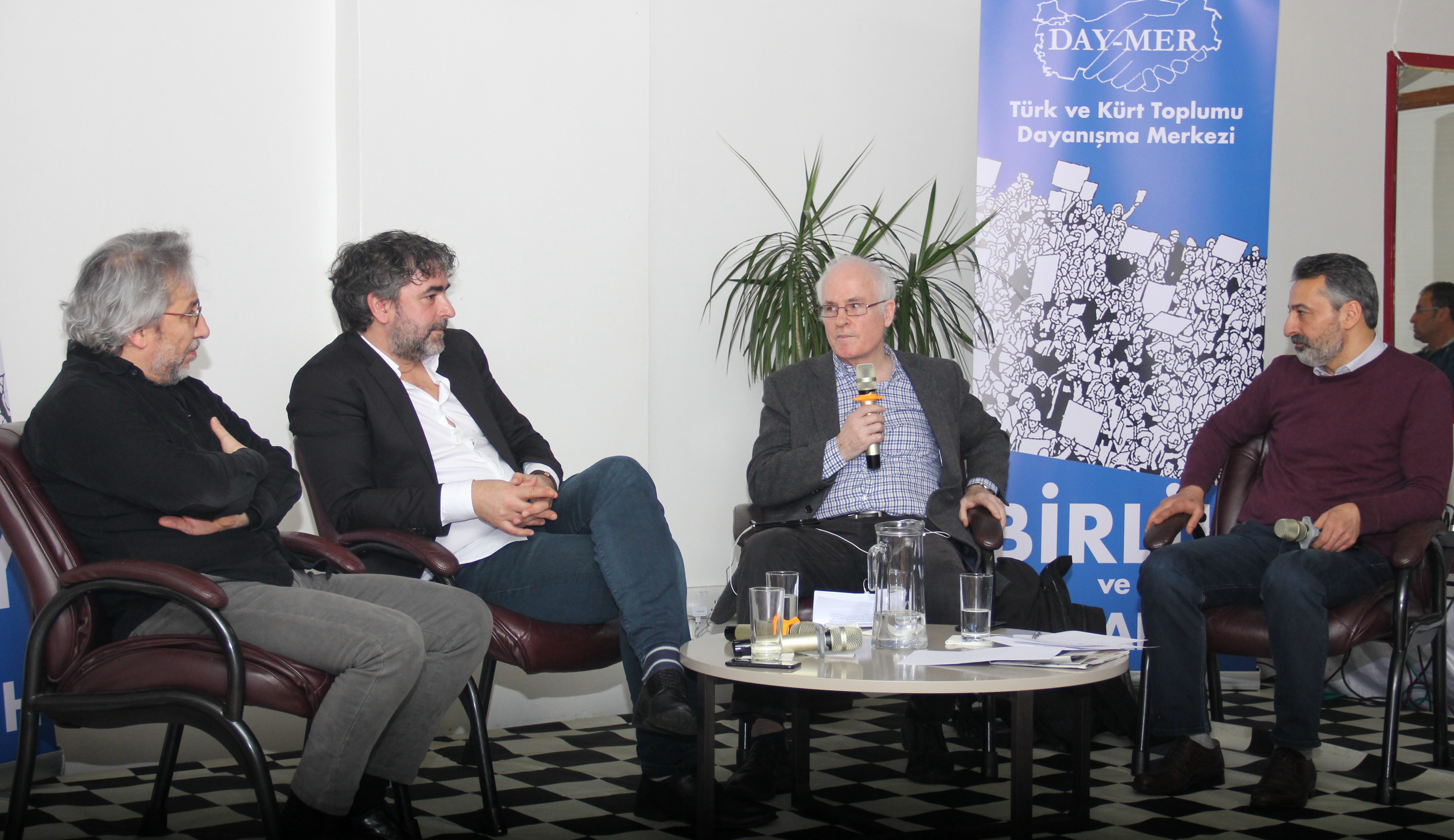 DAY-MER organised a panel on 17 March Sunday, the panel took place under the title of ‘Media Under Authoritarian Media’.

The panel took place at the London Community Centre.

Can Dündar, Deniz Zeyrek and Aiden White were the main speakers of the panel.

Arif Bektaş, the representative of Evrensel London, moderated the panel.

During the panel on Sunday, participants made comparisons with the western media, in particularly with Britain and Germany. The panel was mainly on the basis of the shortage of press freedom in Turkey.

Can Dündar, evaluated the media and power relations in Turkey. Dündar stated that the central media has not portrayed a great impression before the AKP authority.

“In Turkey, 95% of the information resources are in the hands of the government. Unfortunately, the media was transformed into a propaganda tool of the state” said Dündar.

Noting that this situation alone is not a media issue, Dündar further stated, “Our problem is not being able to write, our main problem is not the authority or bias media, but out main problem must be the defence of democracy against the global attack of Trump, Putin and other authoritarian regimes.”

‘FREEDOM OF PRESS IS ESSENTIAL FOR DEMOCRACY’

Aiden White stressed that freedom of the press is essential for democracy. White, conveyed that members of the press currently in prison in Turkey must be immediately released.

White said, Erdoğan and his followers won’t change, but one day his power will change. Hence, he underlined that the media should make good use of that day, noting that journalists do an intellectual job and can’t ask the authorities what to write.