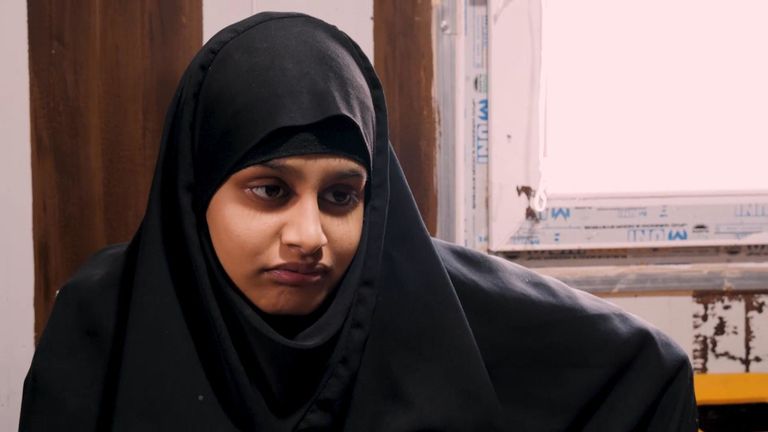 The family lawyer of Shamima Begum, the UK schoolgirl which joined the Islamic State group in Syria, however, wants to come back home, said that she is ‘damaged’ and will need mental health support.

Tasnime Akunjee spoke to the BBC and asserted that her family is ready to raise her newborn baby “away from IS thinking”.

Begum left Bethnal Green four years ago aged 15 and she is now 19.

Speaking to the BBC on Monday, she stated that she was prepared to go to prison if she is allowed to return to the UK.

Begum was found in a Syrian refugee camp last week and has since given birth to a boy. She is legally a UK citizen and wants to return.

The lawyer notified that Begum had still not been in contact with her family.

He said the family is trying to get the government to provide travel documents for Begum and her newborn son – who he said has a right to British citizenship.

“Her family will always want to bring their child home and bring her to safety, and particularly the innocent grandchild that now is in existence.

The family fully expect her to be quite damaged and so they would want an assessment around Shamima, and also as much help around her mental health and recalibration effectively into normal thinking as possible.

In terms of any criminal proceedings, that’s something she invariably will face depending on what evidence is against her.”

He further stated: “Clearly the family is most concerned not just to get her away [from IS] now but, as of yesterday, to make sure their grandchild – her child – is not influenced by that sort of thinking.”