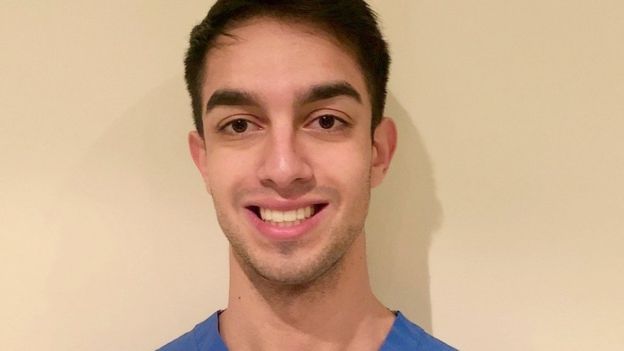 A medical student who helped deliver a baby at a central London Tube station said it was a panicked situation.

Hamzah Selim, 21, was on his way home from an anatomy lecture when he heard a woman screaming at Warren Street Station on Tuesday afternoon.

The first-year medic rushed to help the woman, who was standing in a “pool of blood” alongside her sister, and used his jumper to protect the newborn.

The mother and her baby were then taken to hospital by paramedics.

Selim initially thought a fight had broken out between two women when he heard screaming and swearing at the station.

He helped her to sit down as he feared she might faint because of the extensive blood loss.

He said he “felt something warm, instinctively looked down and saw a little baby’s head with its arms side by side”.

“All the blood left me in that moment,” he added.

The woman was with her sister, he said, who had been “incredible” and had begun delivering the baby prior to his arrival.

Selim has not studied midwifery but had just spent the past few weeks at a neo-natal unit as part of his degree at University College London.

“I knew a little bit of what to do. I had to lower the woman. I took my jumper off and wrapped the baby in it. I held the baby in horror. It wasn’t responding so I immediately went to the worst possible thought.”

He said he called for “someone more qualified” to help but that “there was no-one there”.