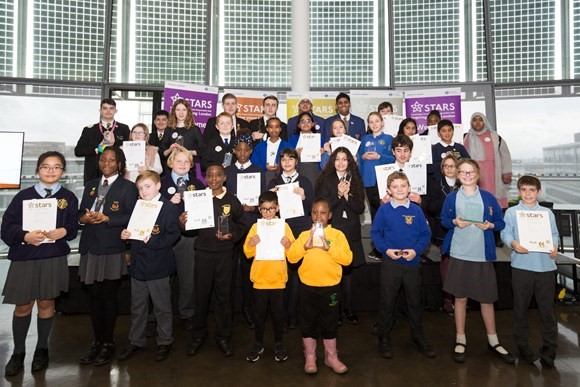 TWENTY eight schools from across London have been celebrated by Transport for London (TfL) for their work championing active and safe travel on the journey to school.

As part of TfL’s STARS (Sustainable Travel: Active, Responsible, Safe) schools programme, the winners received awards for being the highest performing of around 1500 participating London primary and secondary schools in reducing car use, increasing walking and cycling and using public transport. All STARS schools ran initiatives that have led to an average of eight per cent reduction in car use on school journeys.

Certificates from the Mayor of London were presented to the top performing schools at the annual event at City Hall.

Dr Will Norman, London’s Walking & Cycling Commissioner, COMMA said: “We all want to build a healthier and safer future for our children so to have them involved in encouraging us all to be more active and safe is fantastic.  The Mayor and I are particularly proud of the STARS programme. Every participating school deserves an award and should be proud of their achievements. These top 28 schools have shown particular innovation in their projects.