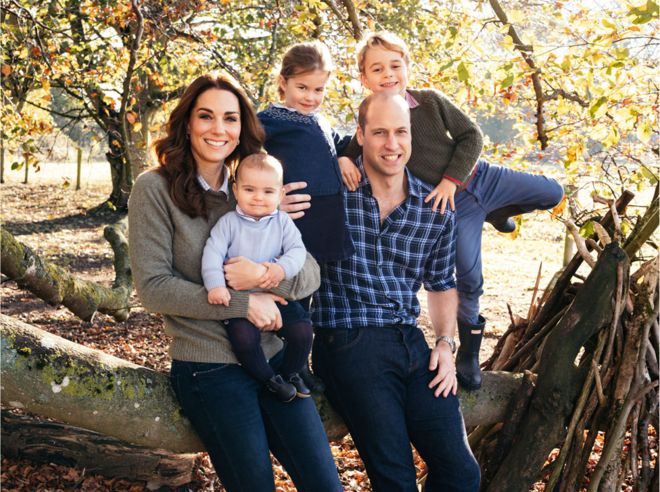 Members of the Royal Family have revealed their Christmas cards, including a new wedding photo of the Duke and Duchess of Sussex.

Harry and Meghan are seen watching fireworks at their evening wedding reception in the black and white image.

They are shown with their arms wrapped around each other at Frogmore House, with their backs to the camera. 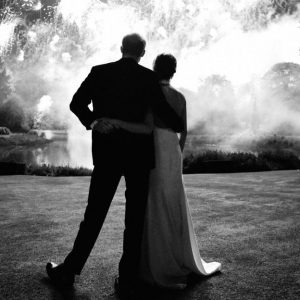 Duke and Duchess of Sussex By Chris Allerton

Meanwhile, the Duke and Duchess of Cambridge and their three children are pictured at their Norfolk home.

In the card’s autumnal image, Kate is holding Prince Louis – now nearly eight months old, as the family sits on a tree trunk in the grounds of Anmer Hall.

Princess Charlotte stands between her parents, while a playful Prince George – in a pair of wellies – grins as he lifts a leg in the air, his hands on his father’s shoulders. 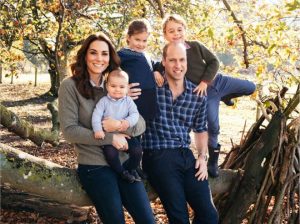 Duke and Duchess of Cambridge and their children BY Matt Porteous

For their card, the Duke and Duchess of Cornwall gaze at each other as they sit on a bench in the grounds of Clarence House. 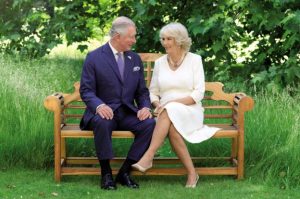 The Prince of Wales and Duchess of Cornwall By Hugo Burnand

It’s become an annual tradition for the royals to reveal which of their favourite photographs they’ve chosen for the cards they send out each Christmas.