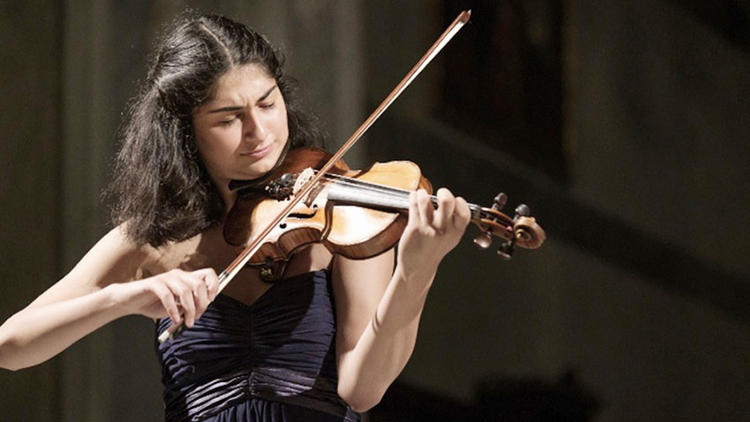 YOUNG and talented chief violinist Ezo Sarıcı will perform at a classical music concert on Saturday evening, December 8, for the benefit of the Children’s Foundation at Great Ormond Street Hospital.

The concert has been organised a charity event to contribute to the Children’s Foundation. Four young stars, Joe Pritchard (cello), Thomas Kelly (piano) and Ezo Sarıcı (violin) will perform together.

Ezo Sarıcı started her music life since the age of 4 and she graduated from the Royal Musical Academy String Instrument department. Thus, she became the leader of a symphonic orchestra inclusive of 70 people which she took place at the age of 10.  At the age of 15, Sarıcı played the Four Seasons by Antonio Vivaldi.

The entire income from this special concert will be dedicated to the first children’s hospital Great Ormond Street Hospital which was established in 1852. Contemporarily, children with serious illnesses are being treated, the hospital has become one of the world’s five most important centers for child health. As a result, the Children’s Foundation has announced to donate the concert income to Great Ormond Street Hospital.

A selection of works by Schubert, Rachmaninoff, Gliere, Handel-Halvorsen, Tchaikovsky-Feinberg, and Glinka will be presented in Stoke Newington Church Street. Mary Church, December 8, Saturday evening. The concert will start at 7.30.

Concert tickets can be purchased online or from all branches of Babel Art House, Petit Coin, Tas Restaurant.