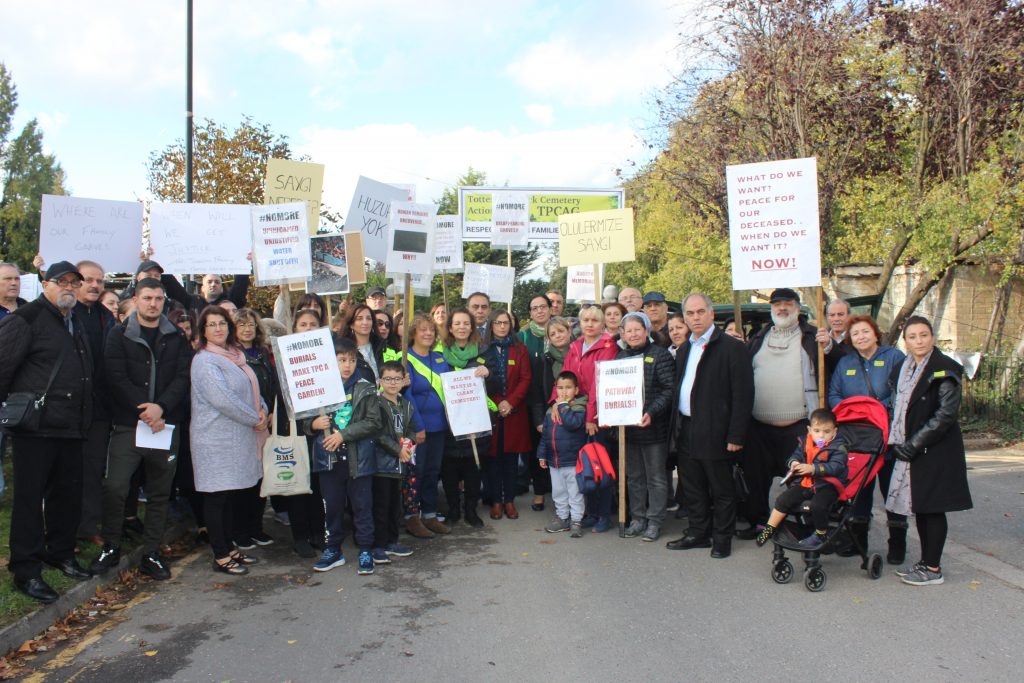 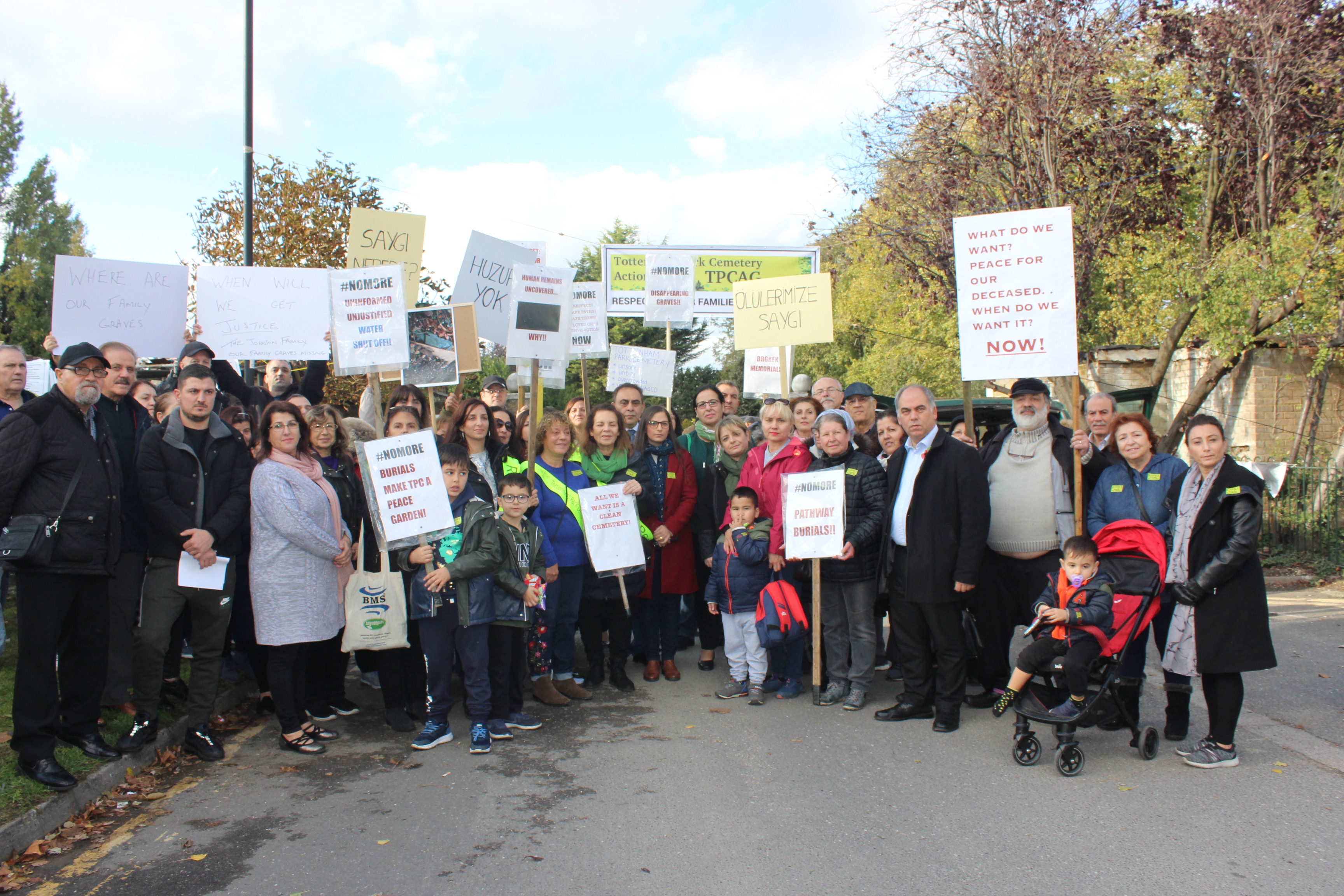 The Tottenham Park action group have asserted that they found bones scattered in the cemetery. Hence, a member of the action group Tünay Hüseyin expressing that a change in the law is needed to force privately run cemeteries to follow stricter rules. An intense participation took place at the protest on Saturday.

“Privately run cemeteries are not run with the same laws as in accordance with council run cemeteries, thus this has led to severe problems at the Tottenham Park Cemetery. You don’t expect to visit your loved one and find human remains. This is extremely devastating. As the Tottenham Park cemetery action group, we have been working together to improve the situation in the cemetery. Solidarity is required to solve this serious dilemma.”