Mevlüt Çavuşoğlu: “We will follow closely the rights of the Turkish community” 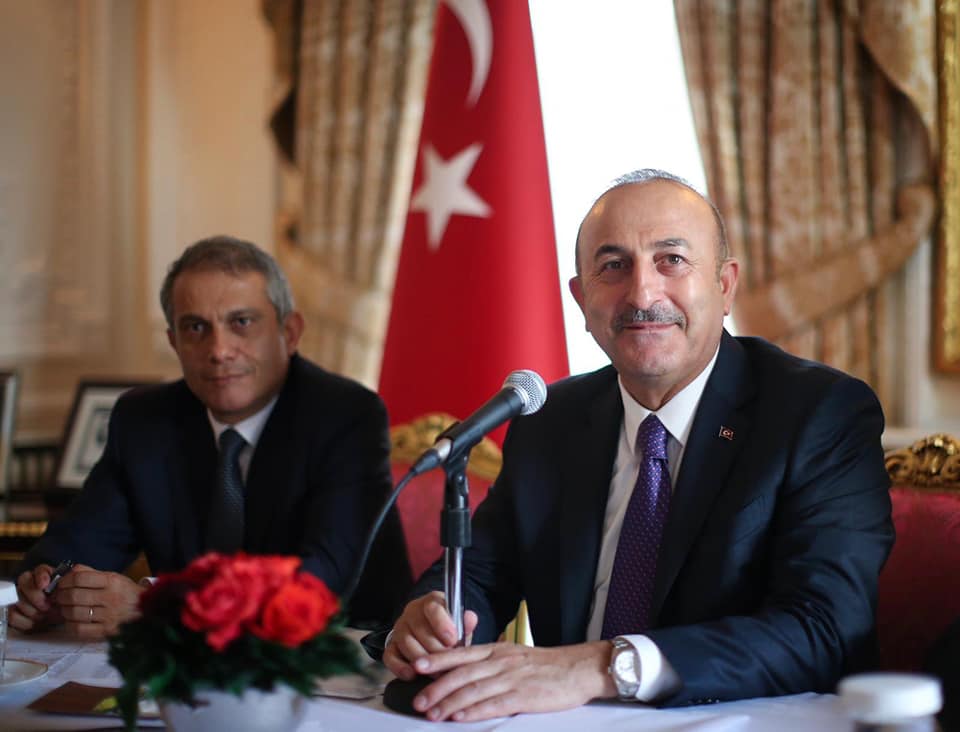 TURKISH Foreign Minister Mevlüt Çavuşoğlu, visited to England and attended a round table on “Changing Europe in the Changing World Order.”

The round table took place at Chatham House on Saturday.

Çavuşoğlu stated: “We met with Turkish citizens & NGOs in the UK. Our citizens here serve as a bridge of friendship between Turkey & the UK. During the Brexit process we will follow closely that the rights of the Turkish community deriving from Turkey-EU relations are respected”

Jeremy Hunt met Mevlüt Çavuşoğlu in London to discuss UK-Turkey trade and investment, the situation in Syria, and the disappearance of Jamal Khashoggi.

“The case of Jamal Khashoggi remains deeply concerning. The UK fully supports the Turkish investigation into the incident as I reiterated in person to Mr Çavuşoǧlu.

We have been urging Saudi Arabia to cooperate fully with the investigation. There remain questions about the disappearance of Mr Khashoggi that only Saudi Arabia can answer.”