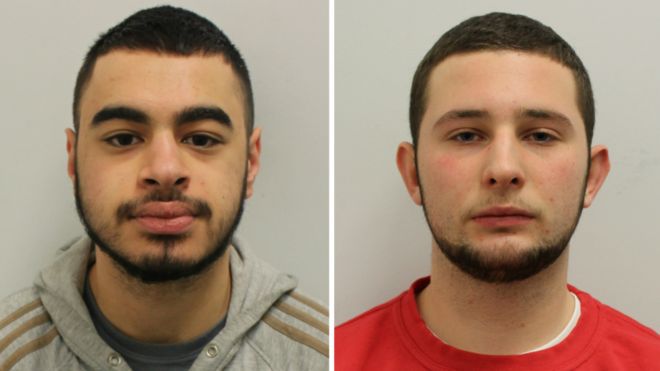 FIVE teenagers have been jailed for fatally stabbing a man in an unprovoked attack as he returned home from an appointment with his pregnant partner.

Daniel Frederick, 34, was knifed repeatedly by the group just yards from his home in Stoke Newington, Hackney.

Three teenagers were convicted of murdering Mr Frederick while another two were found guilty of manslaughter.

They were jailed at the Old Bailey for a combined total of at least 64 years.

Judge Philip Katz QC said Mr Frederick had been “in the wrong place at the wrong time” on 8 January.

It is believed he was the innocent victim of violence involving youths from nearby estates and he was a “stranger” to his killers.

Mr Frederick was stabbed seven times in the back, buttocks and thigh, yards from his front door.

One of his attackers, aged 16, had sought revenge after his friend was attacked in prison by the local “Shakspeare Boys”, the Old Bailey heard.

Mr Frederick’s teenage killers were “on a mission to do violence” and travelled to the Shakspeare estate, the court was told.

The 16-year-old boy, who cannot be named for legal reasons, pleaded guilty to murder and was detained for life with a minimum term of 10 years.

Kacper Karasinski, 19, of Hackney, and a 17-year-old boy were found guilty of murder.

Karasinski was jailed for life with a minimum of 20 years while the youth was detained for at least 17 years.

Yiğiter Gök, 18, of Stoke Newington, and another 17-year-old boy were found guilty of manslaughter.

Gök was jailed for nine years and the younger boy for eight years.

Enfield Council to reduce bin collections to save money