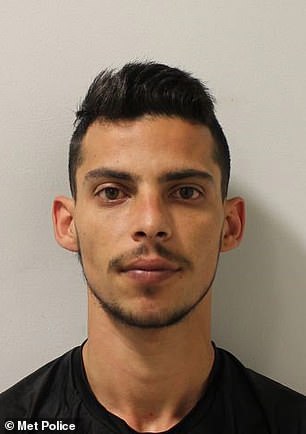 A man who has sexually assaulted five girls on buses, inclusive of some in school uniforms has been jailed for two years.

Mohammed Marinov aged 27, of Enfield, pleaded guilty to five occasions of sexual assult and one of outraging public decency subsequent to the series of incidents which occurred on buses across north London.

Marinov was arrested on June 8 after being spotted by an officer who recognised from CCTV on a bus.

Marinov pleaded guilty to five counts of sexual assault and one of outraging public decency on Friday, 7 September at Wood Green Crown Court.

He was sentenced to two years’ imprisonment at the same court on Friday, 28 September.Marinov was ordered to comply with sexual offender requirements for ten years and he was served with a sexual harm prevention order.

Two sexual assault offences were taken into consideration when sentencing. They occurred on 15 March and 2 May on a route 34 bus, in the N11 area.

Detective Sergeant Edward Coleman, from the roads and transport policing command, stated: “Marinov is an offender who has shown complete disregard to these victims, carrying out brazen and predatory assaults that left the young victims extremely distressed. I would like to thank all the victims and witnesses in this case for coming forward and finding the courage to speak about what happened to them.”