DAY-MER: “We must stand against fascist and racist discourses” 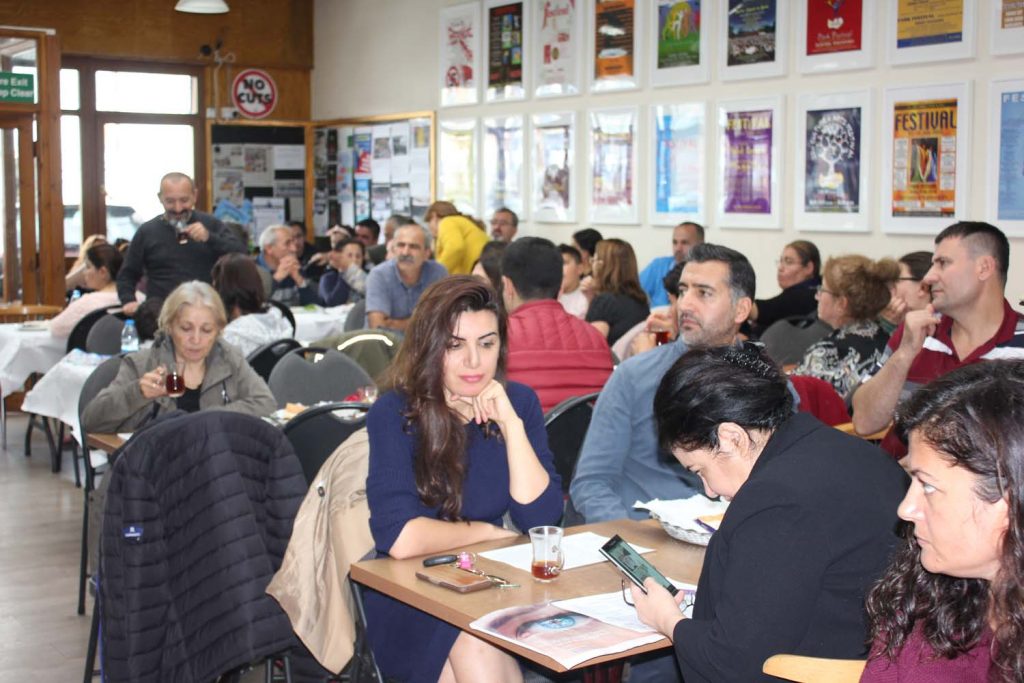 Current developments in Turkey and England were discussed by the Day-Mer members and the Day-Mer president Aslı Güler and committee member Oktay Şahbaz made a speech.

At the community center, the meeting started with breakfast.

During the meeting, the Day-Mer President Aslı Gül discussed the latest issues in Turkey and England. Underlining the upcoming events in regards to racism, Daymer Committee member Oktay Şahbaz outlined Day-Mer’s stance in relation to racism and further stated:

“We gathered here to announce our stance against fascism and racist activities hence, actions which will be taken. In addition to Day-Mer, other trade unions in the UK are also organising antifascist work programs and events. Day-Mer members should attend to all events. On 13 October, we found out that fascist groups were in preparation for a protest. However, the police have not provided any information about this action.

We will determine the starting point of this counter march and inform our members, and It is our duty to expel antifascist actions against the activities of the fascist organisation. On 17 November, in unity with the unions, we will march against racism. We must stand against fascist and racist discourses.”