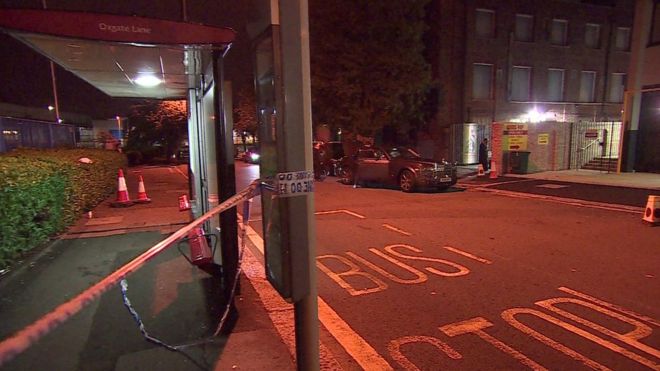 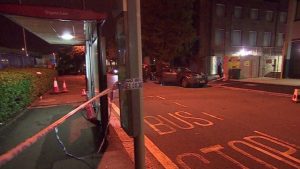 Detectives have launched an investigation after three people were injured following a collision at Al-Majlis Al-Hussaini mosque in Cricklewood, North West London.

Police were called at 00:35hrs on Wednesday, 19 September to reports of a car in collision with a number of pedestrians on Oxgate Lane in Brent.

A man in his 50s remains in hospital and is being treated for a serious leg injury and two men in their 20s were taken to hospital for treatment for minor injuries.

The ‘hit and run’ took place after police were called at 00:20hrs after security at the community centre was informed of occupants in a car behaving anti-socially, drinking and allegedly using drugs.

The car involved failed to stop at the scene and enquiries are underway to trace the driver and occupants, it believe that the occupants of the car three males and a woman all aged in their mid-twenties were asked to leave the private car park.

The car then drove near the centre and the occupants were involved in a confrontation with a large group of people visiting the centre. At this point words were exchanged and comments of an ‘anti-Muslim’ and Islamophobic nature were allegedly made by the group in the car.

No arrests have been made yet and police are looking for the car occupants. The polices are not treating the indent as terror related but the hate crime.

DS Kelly Schonhage from Brent CID said: “We are treating this incident very seriously and a number of enquiries are underway to trace the car and those involved. Enquiries into the full circumstances of the collision are ongoing. If you were there at the time and have information I would urge you to contact police with information. Extra neighbourhood police patrols have been stepped up in the area and officers will be on hand to speak with those in the local community.”