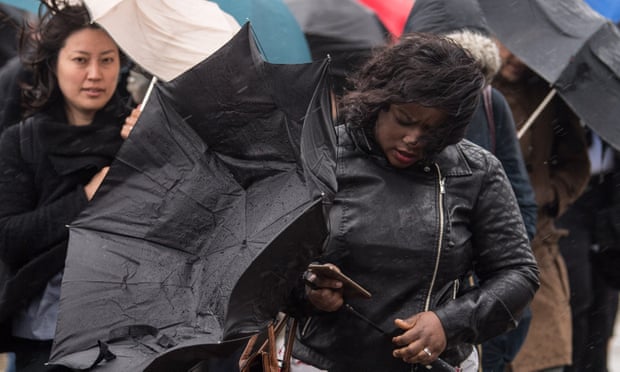 Winds of up to 80 mph could put lives at risk and disrupt travel and power supplies across parts of the the UK as Storm Ali sweeps in.

An amber, “be prepared”, weather warning is in force from 08:00 BST in Northern Ireland, Scotland and the north of England. Very heavy rain is also forecast.

Milder yellow wind warnings were issued across Wales for Wednesday.

Storm Ali is the UK’s first named storm of the season.

Storm Helene, which hit Wales on Tuesday, took its name from a US hurricane.

BBC Weather forecaster Ben Rich said there was some “potentially dangerous” weather on its way for parts of the UK.

He said strong wind gusts and very heavy rain are expected to hit Northern Ireland and south-west Scotland towards the central belt during Wednesday’s rush hour.

Met Office meteorologist Dean Hall said: “Certainly we could see close to 80 mph, possibly even higher miles per hour in exposed areas in the far north of the country.”

Belfast City Council is to close all parks, playgrounds, pitches and playing fields on Wednesday because of the storm.

And Aer Lingus has warned customers to check before travelling as it expects there to be disruption.

The amber warnings are in place from 08:00 BST to 17:00 and mean damage to buildings, disruption to road, rail, air and ferry services and possible power cuts should be expected.

Areas affected by the yellow warnings, in place between 06:00 and 22:00, are likely to experience lower speed winds of up to 60 mph but could face similar levels of danger and damage.

Meteorologist Bonnie Diamond said the outlook was for heavy rain on Thursday, with the Met Office issuing yellow warnings for flooding on roads in Wales.

She said: “Moving into Thursday we will see widespread heavy and persistent rain which looks set to change to sunshine and showers on Friday, before becoming more settled on Saturday.” (BBCNEWS)