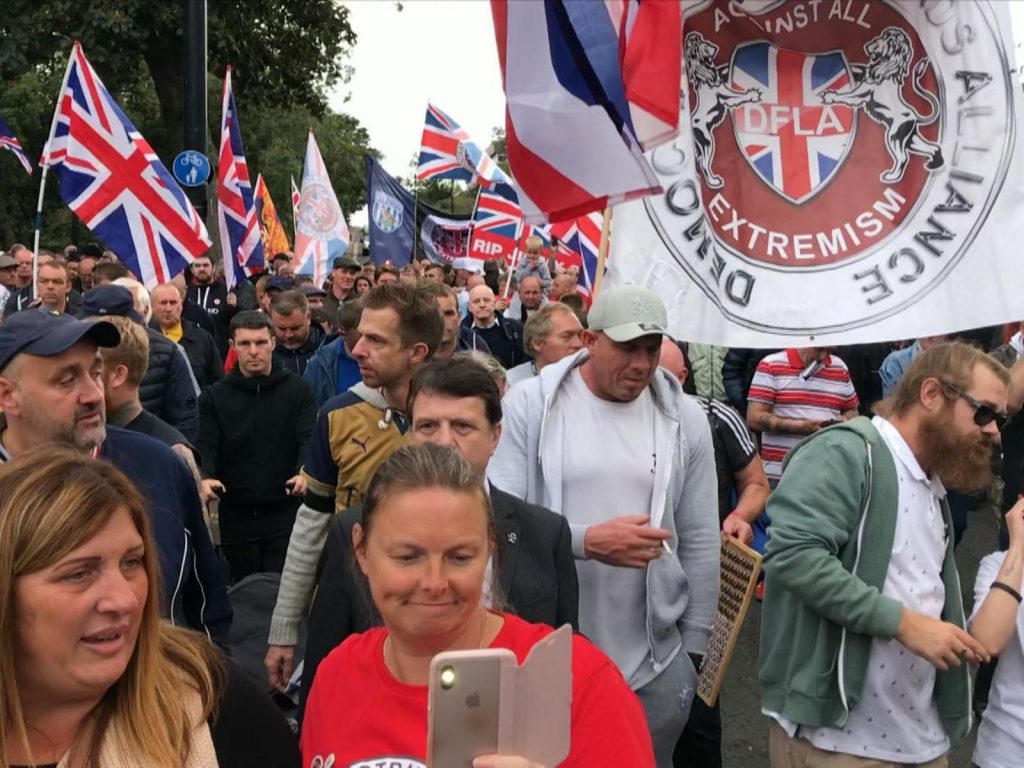 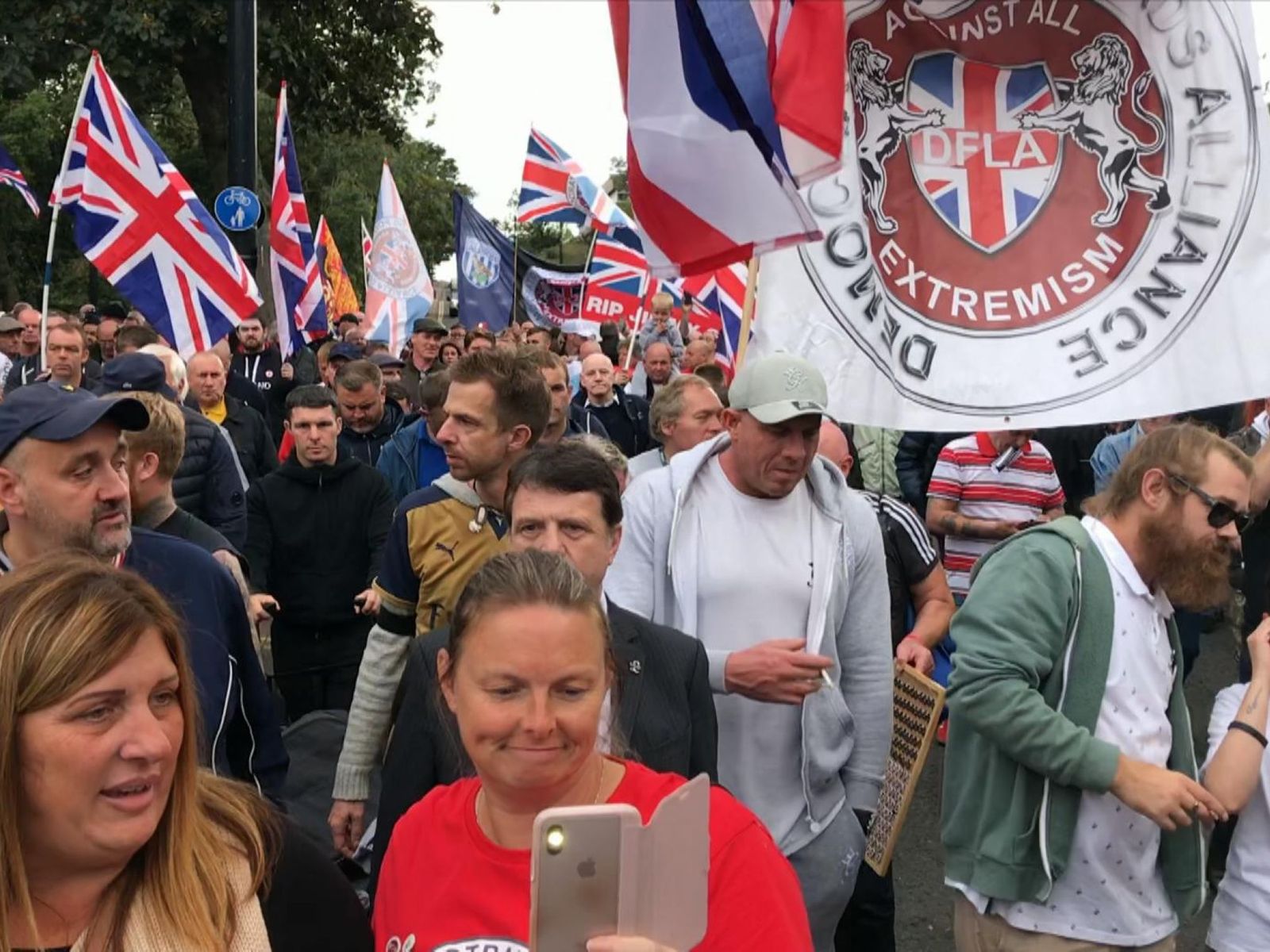 Gerard Batten told a right-wing protest that Muslim child grooming gangs have been covered up and are a “social scandal”.

UKIP leader Gerard Batten has been criticised by Nigel Farage for endorsing an anti-Muslim rally which turned violent in Sunderland over the weekend.

Gerard Batten marched alongside the Democratic Football Lads Alliance (DFLA) as they clashed with police who were barricading the march from a separate group of anti-racism protesters.

Sky News was the only news organisation at the demonstration, where three people were arrested, including one protester who swung a Union flag at a police officer on horseback.

Mr Batten later addressed the crowd telling them the “political and media establishment” had covered up the issue of Muslim child grooming gangs, which was “the biggest social scandal in English history”.

He said: “The overwhelming number of people responsible for this kind of industrialised gang rape and sexual exploitation have been proved to be Muslim of the Islamic religion.” 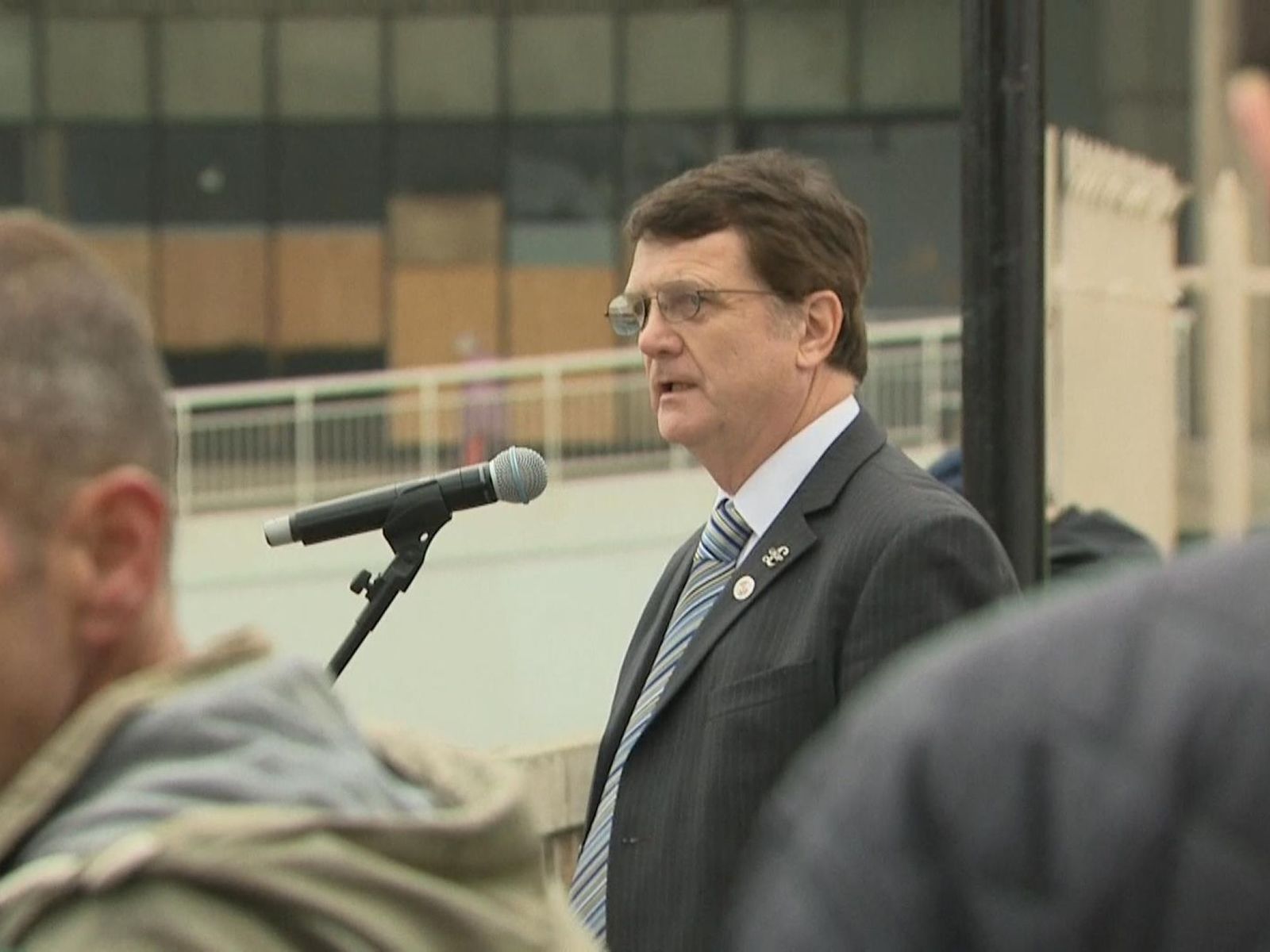 He went on to claim that the Prophet Muhammad was “a war lord who took many sex slaves, which is permissible under Islamic culture. He married a six-year-old and consummated the marriage when she was nine years old”.

“So the age of consent for Islamic culture is a lot more elastic than it would be islamic scholars say the prophet discouraged slavery and Muslims do not allow sex before marriage.

Mr Farage told Sky News: “My concern with all of these groups is that that argument spills into an argument against an entire religion.”

The ex-UKIP head said the party should be focusing on Brexit, adding “this is not the moment for people to pursue personal hobby horses”.

The Football Lads Alliance was formed by a football hooligan to unite supporters from different clubs against Islam.

Its Facebook page has been criticised for racist content and the group has since renamed itself the Democratic Football Lads Alliance.

Demonstrators on the march told Sky News they were hoping to highlight problems with Muslim grooming gangs in northern towns and cities but one anti-racism protester said: “They need a moral cover to hide behind.

“We stand with the victims of rape, they are only interested in having a go at Muslims.”

Gerard Batten defended his attendance at the DFLA rally, saying: “They are democratic and against extremism of any kind. I don’t have a problem with it.”

This weekend at UKIP’s party conference delegates will decide whether to reverse rules introduced by Nigel Farage in 2006 to ban former members of far-right groups from the party. (SKYNEWS)