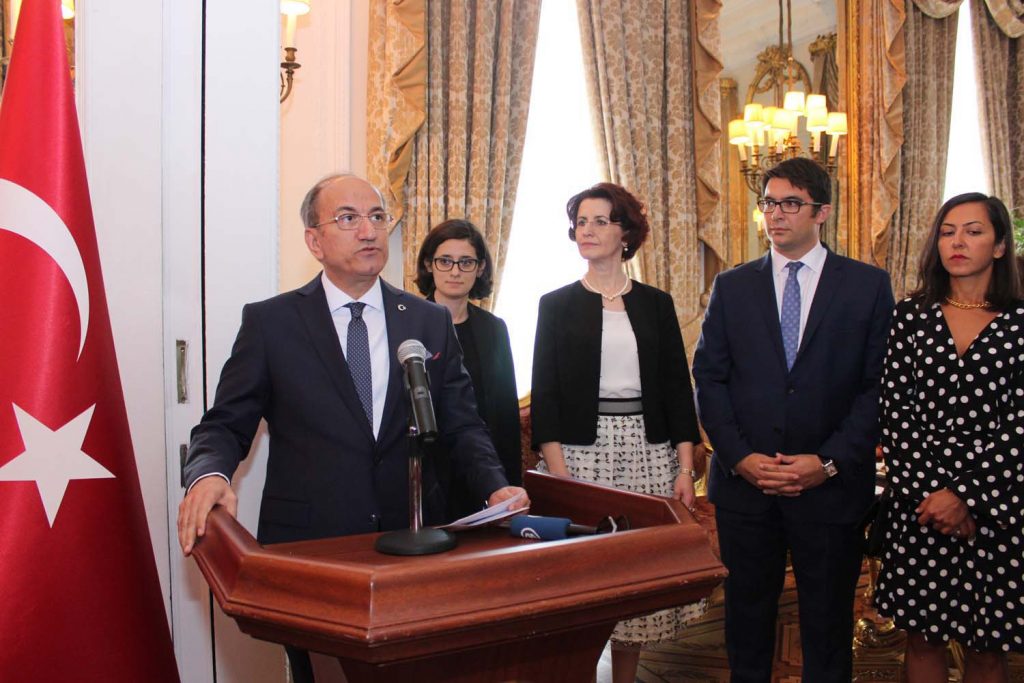 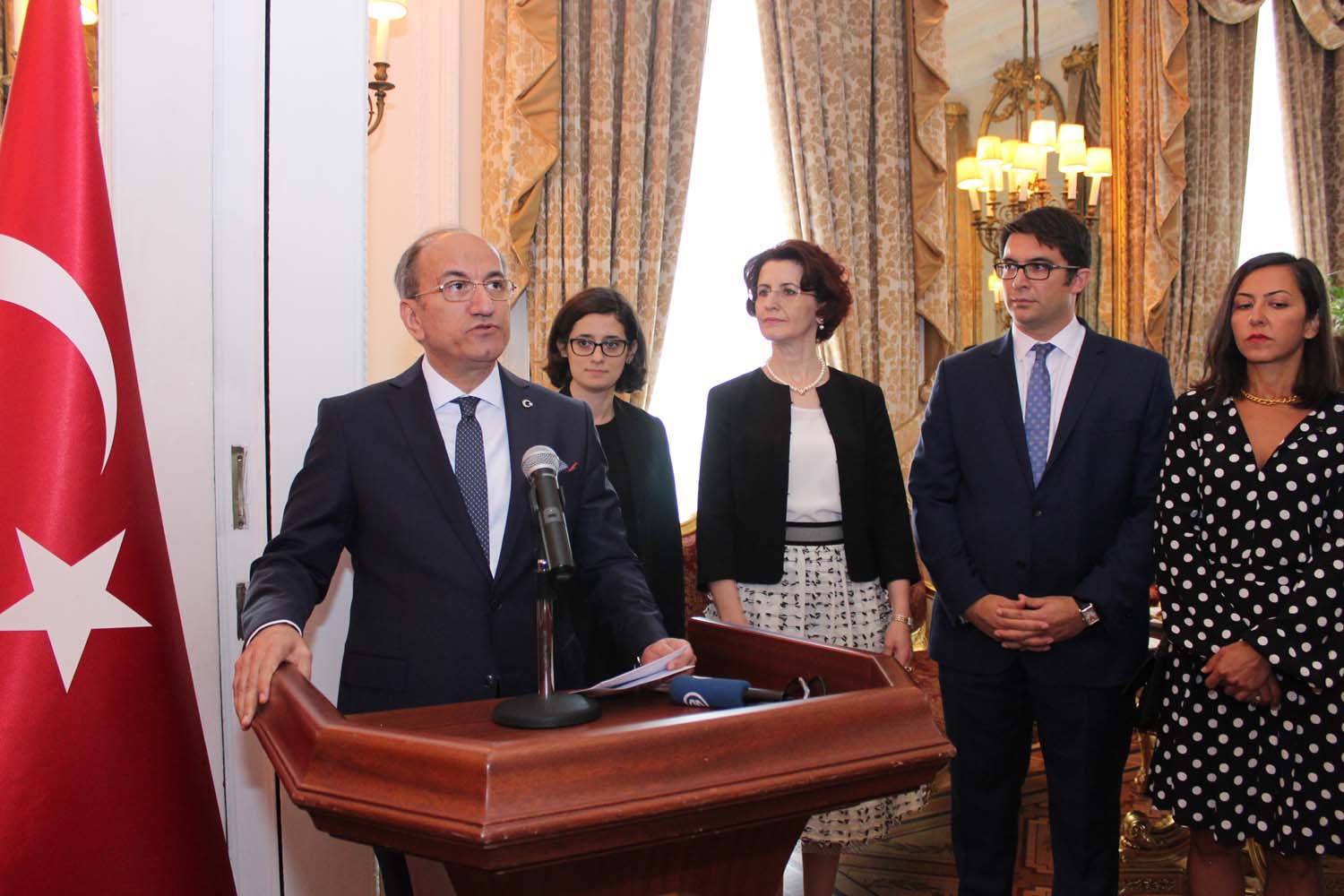 LONDON Ambassador Abdurrahman Bilgiç of Turkey held a reception for 30 August Victory Day which was celebrated on Thursday, 30 August in London.

“I celebrate the August 30 Victory Day of our nation. I remember Ghazi Mustafa Kemal Ataturk, the commander-in chief of our War of Independence, and all the members our military who gifted us this victory, with gratitude and respect and wish Allah’s mercy upon our martys and veterans.

This last link of the chain of victories achieved in the month of August has obtained its place in history as one of the symbols representing the Turkish nation’s determination to protect its independence and future.

As has been in every period of our history, we are, today as well, putting up a struggle for all the oppressed and wronged who have pinned their hopes on us well as for ourselves. This magnanimity is not a weakness of our country, but quite the contrary, its biggest source of power. Turkey reaching its goals for 2023 will shape the future of our entire region along with that of ours.

I believe that we are on the threshold of new victories, new successes today as well. We will definitely win this struggle, too, together with those who trust in Turkey and the Turkish nation.”