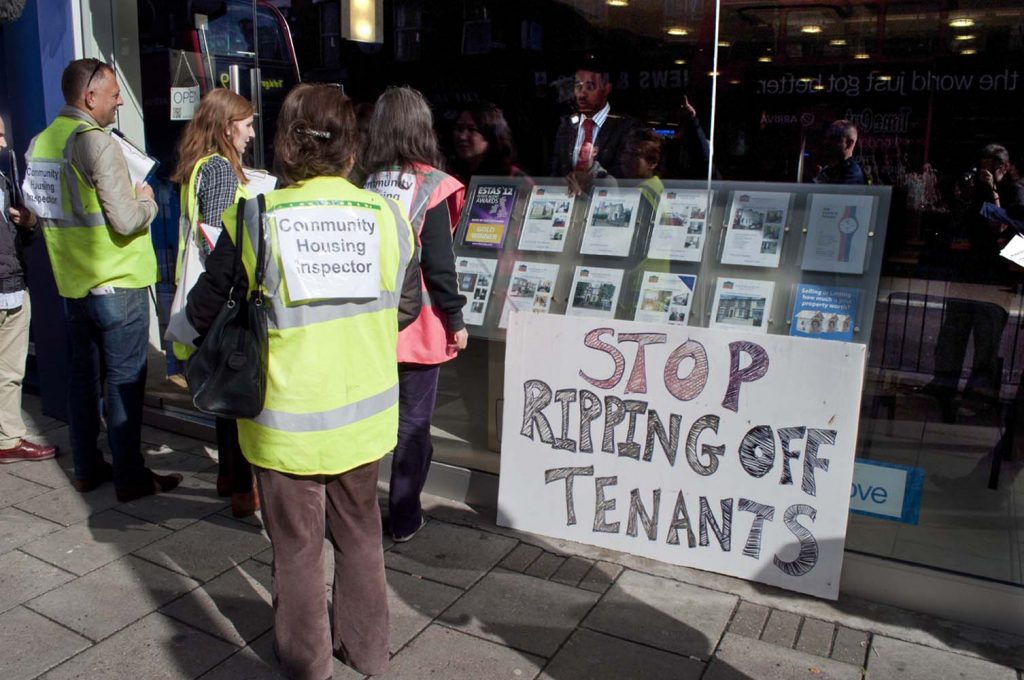 06/10/2012 Haringey, London UK, Haringey housing action group carry out a mock community inspection of local lettings agencies in protest at descrimination against housing benefit claimants, high rents and high agency charges. Over 20,000 households in Haringey rent their homes from private landlords, and about half of these are claiming housing benefit.

THE council has announced that the decision to dismiss a disputed regeneration project could result in a deficiency in the provision of new homes.

The borough’s Labour group declared to scrap the £2 billion Haringey Development Vehicle (HDV), a contentious partnership with developer Lendlease during the elections in May.

Councillors are planning to set up to a council owned company to provide housing.

Thus, within the conditions of the mayor’s new London Plan, the council is entitled to ensure the provision of almost 2,000 homes every year and show that it has a five year housing land supply.

But if the council is unsuccessful to meet its obligations, the government could intercede

The council report underlines that dismissing the HDV “will naturally mean that these outcomes will not be achieved in the ways specifically envisaged by the HDV programme as it was proposed”.