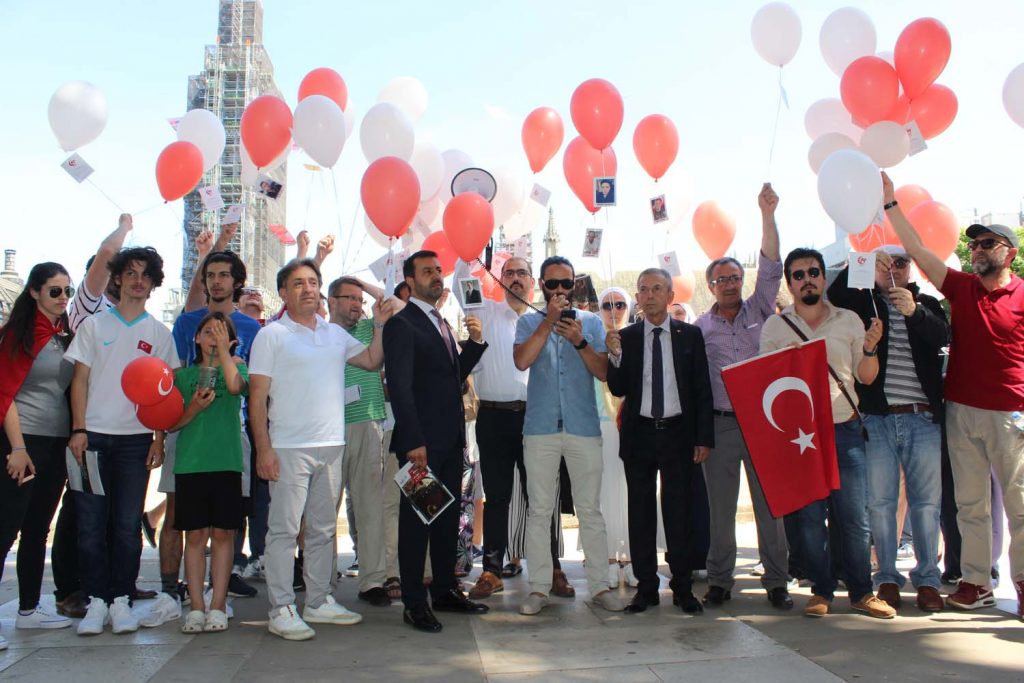 The event took place at Parliament Square in central London, the purpose of the event was to commemorate the citizens who lost their lives two years ago.

Speaking at the event the UID President Erdal Yetimova stated:

“Today we are gathered here due to the Democracy and National Unity Day. Together we have witnessed that our people did not allow the treacherous plans of the FETO terrorist organisation to proceed also prevented the coup attempted by this organisation. In order to share information and enlighten many of this attack which occurred two years, we will distribute press statements to inform the public in London.”

In summary, the following information was shared in the press statement:

“On July 15, 2016, as the millions of people around the world witnessed, the Turkish public displayed a courageous and tremendous resistance to the attempted coup plotted and organized by the terrorist organization of the FETO.”