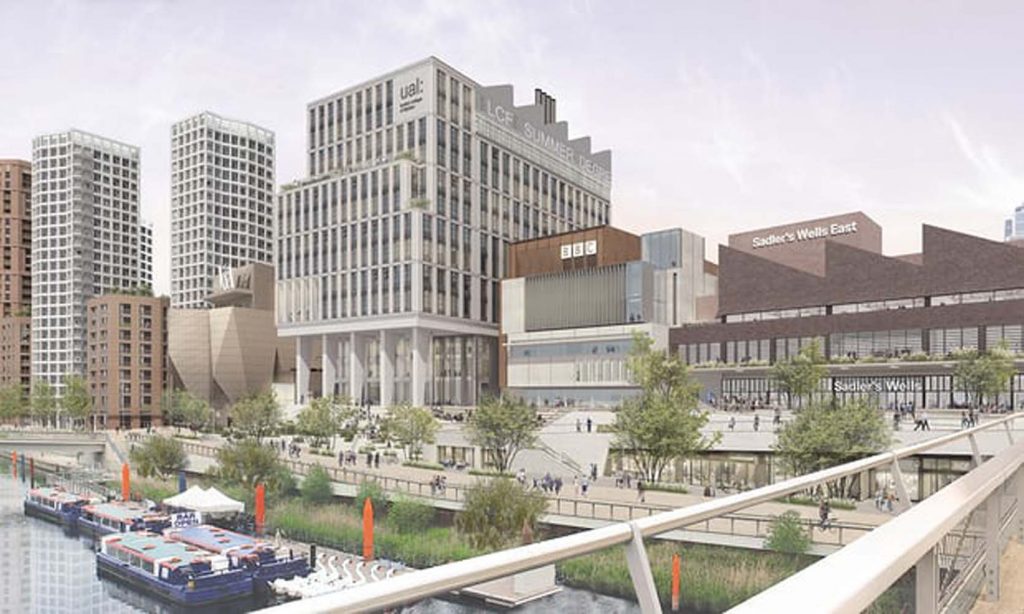 SCHEMES have been published for a £1.1bn re-development of the Queen Elizabeth Olympic Park in London, featuring arts and education.

East Bank will be inclusive of university facilities, a V&A museum, a facility for Sadler’s Wells theatre and new BBC studios.

A new residential neighbourhood is also planned. London mayor Sadiq Khan said 50% of new homes would be “affordable”. The project has been given a £151m contribution from the government. It is anticipated to be finished in 2022.

Mr Khan said: “East Bank is a fantastic collaboration of inter-disciplinary work and world-class institutions that will drive forward growth and inspire more young Londoners to take up creative careers, transforming the communities of east London.”

University of the Arts London is planning to open its new London College of Fashion, and University College London wants to open a new campus called UCL East, while Sadler’s Wells’ new facility is expected to house a 550-seat auditorium and six studios.