The story of being a snail in a Muslim neighbourhood 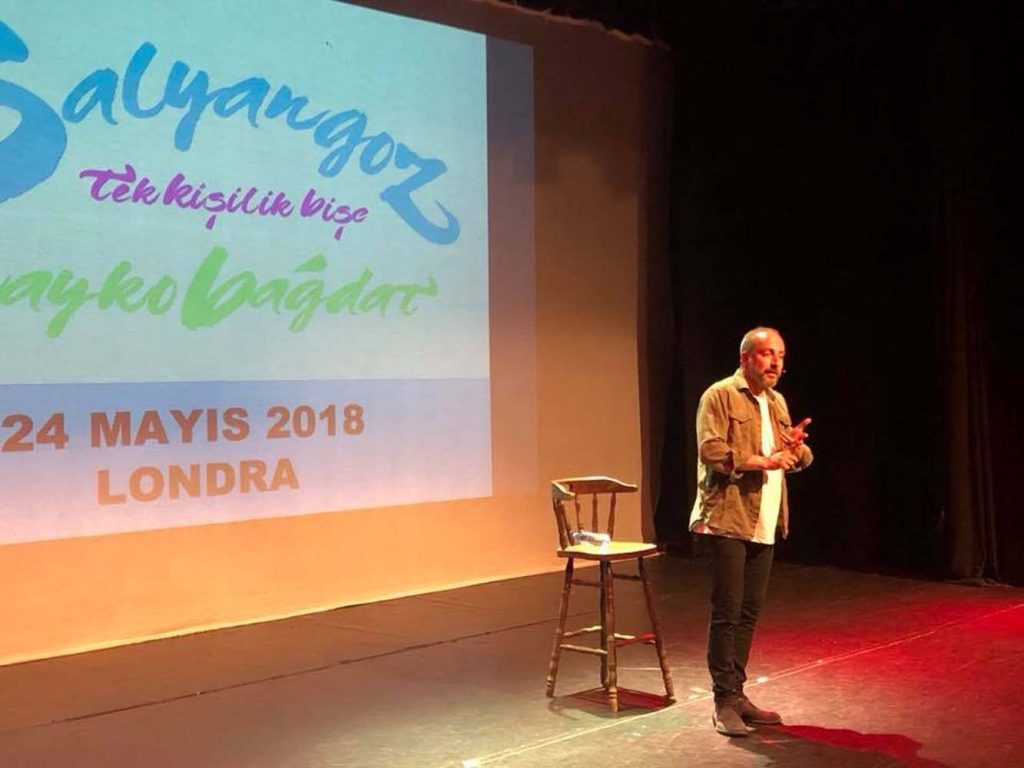 Bağdat, aims to tell people about the issues he thinks exist in the society by using all kinds of instruments to express this, for instance, newspapers, book, articles, magazines, panels and since 2015 he has been performing his one-man theatre shows.

The journalist and writer explained the tragicomic events which occur within society and he stated that “In my life I use media, such as books, corner writings, social media and television. These are useful instruments to produce discourse against discrimination. There is a story and history in every city we live in and we are part of that story. When we look at our cluttered identities we can perceive that we are constantly discriminated.”

Bağdat also asserted that the purpose of this show is to reflect the tragicomic stories which he was written in his book.