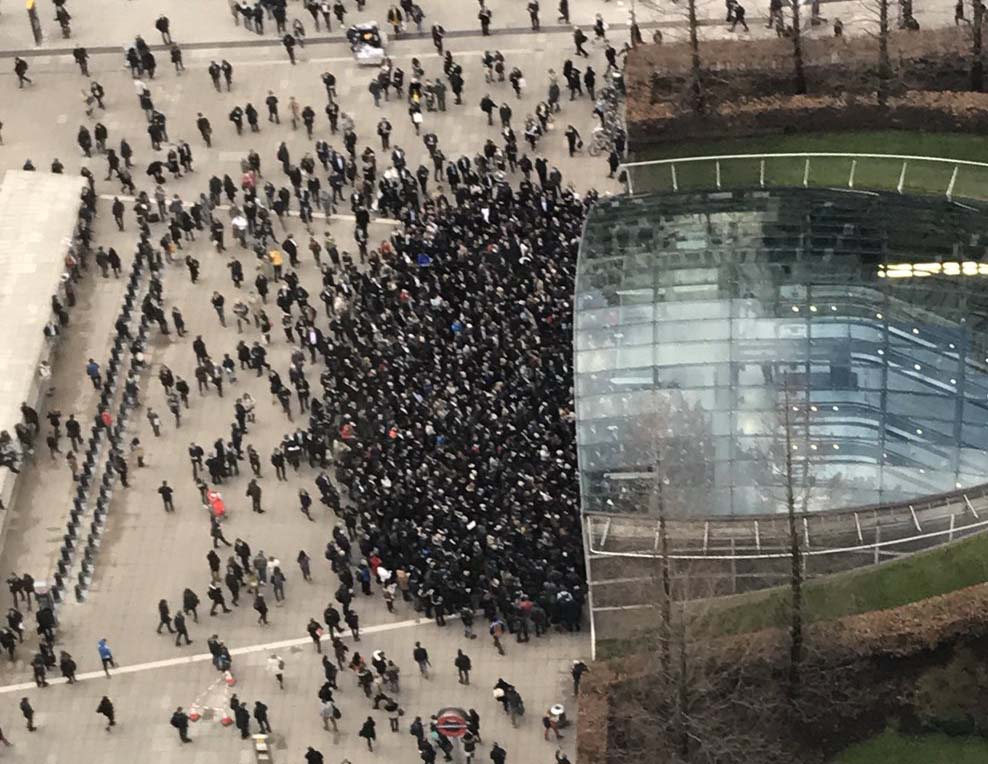 Large crowds formed outside Canary Wharf station due to a strike by workers on the DLR line. Thousands of passengers have been affected by a 48 hour strike on one of London transports busiest railway line.

A restricted service was operating within Beckton and Poplar, and Canning Town and London City Airport following the walk out which began at 04:00 am.

The RMT union members are perusing action prior to talks over workplace justice Keolis Amey Docklands Ltd (KAD), which operates the DLR, broke down.

KAD noted that the strike was “very disappointing”.

RMT general secretary Mick Cash said: “RMT members employed by KAD have had enough of being treated like dirt.

“This dispute is over the fundamental issues of workplace justice, fairness, the outsourcing of key functions and sticking to agreements and practices that Keolis seem to believe that they can trample all over.”

KAD also noted that it was “frustrated that the RMT union refused to genuinely negotiate.”

The District Line is also was number one on London unground services with the highest number of days with delays to service over a year from 1 September 2016 to 1 September 2017 with an 244 days’ worth of delays.