The laughters name is “Şaka Maka”

“ŞAKA Maka” show in which Turkish comedians who participated in the Eastern European Comedy Festival with their “Şaka Maka” crowded the audience. 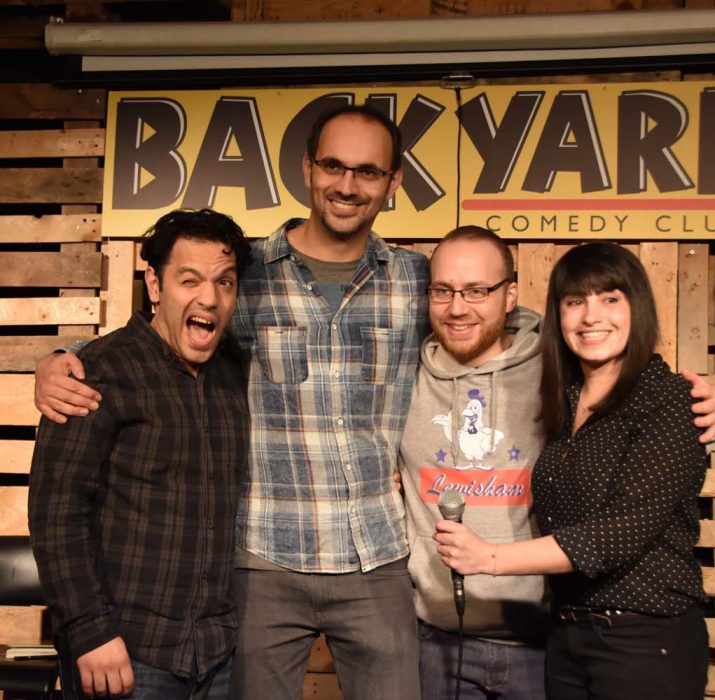 “ŞAKA Maka” show in which Turkish comedians who participated in the Eastern European Comedy Festival with their “Şaka Maka” crowded the audience. Around 100 people attented the show at Backyard Comedy Club last weekend.

After two comedians, and Aslı Akbay short hello in front of the audience the first of the Turkish comedians to take to the stage was Shaban Kazim. Shaban Kazim, who lives in the Lewisham, South London, realized Turkish comedicism for the very first time in Turkish. Kazim, has a Cypriot father and a English mother, lamented the livelihood by telling the cross-sections of his bi-cultural life to the Turkish Cypriots.

The second comedian to take the stage was Rusen Tuzcu. Originally from Ankara, Tuzcu now lives in England after apply with the Ankara agreement, and he was married to a woman from Ankara like himself, and his life and history were laughing with funny explanations.

The second part of the show was opened by Hassan Dervish with musical comedy performance. Dervish blended the funny events of his past with his works of known Turkish folk music. Making  a funny rhyming word with Turkish rhythm, Dervish was highly acclaimed for its sounding in folk music.

THE CLOSING WAS MADE BY ASLI

Born and raised in Britain comedian who lived here for many years Aslı Akbay lives in Turkey for about 6 years and works as a comedian. Akbay is half Cypriot and Half Turkish joked about her life of not belonging anywhere with remarks from people around her such as “You’re not from around here anyway”.

Those who attended the first Turkish comedy show in England, voiced that they were favour of any new demonstrations in the future.

The ‘Parcel Parcel’ theatre show amused the audiences of London