THE TURKISH stand-up show called “Şaka Maka” will meet the audience within the scope of the Eastern European Comedy Festival. 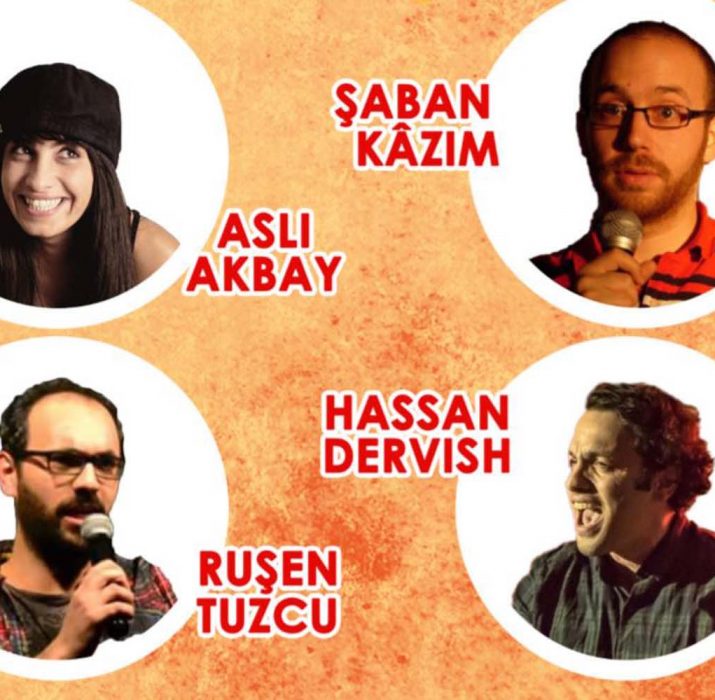 The festival will be taking place at the Backyard Comedy Club at  231 Cambridge Heath Road, E2 0EL.Tickets for the show will be available online on Sunday, February 25, at 6 pm. Those who want to watch the show must buy their tickets from www.tickettailor.com/checkout/view-event/id/142548/chk/9c91

In the written statement made before the show, the following information was given about the comedians:

Aslı Akbay; “Şaka Maka” laughing Aslı Akbay; is a comedian from London who lives in Istanbul and does shows in Turkey in Turkish and English. The places she takes to stage is at The Comedy Store, Downstairs at the Kings Head, Laughing Horse, and Amused Moose Comedy Club. Aslı, who also takes part in so many different comedy shows also takes part in ‘Çok Da Fifi’ comedy team. The group usually performs in Istanbul but also showcases all around Turkey. Aslı’s standup style can be described as sweet, lunatic and unusual.

Şaban Kazım; is half British and half Turkish Cypriot from South London. Şaban Kazım, who has been doing stand-up since 2010, has performed in many venues across London: The Comedy Store, The Comedy Cafe, Top Secret Comedy, Downstairs at the Kings Head and The Backyard Comedy Club. Kazım won the Comedy café New Act Night five times. He also won first prize at the Comedy Store Gong Show.  He has got through to the last elimination stage at the BBC New Comedy Award competition and his stand up show broadcasted on BBC Radio 2 and 4 for this reason.

Hassan Dervish; is a musical stand-up comedian. That means it’s a very funny song! Hassan came to the semi-finals in Amused Moose competition. He raised to the quarterfinals at the Comedy Virgins Max Turner Prize ‘and’ Leicester Square Theater’s New Comedian of the Year ‘.

Ruşen Tuzcu; is a comedian from Ankara. In 2004, he took part in Turkey’s largest comedy magazine Leman Magazine’s stand up contest where he made his first steps into the world of stand up comedy. He then moved to London to study the world of comedy and took part in open mic sessions across London venues. After returning to Turkey, Ruşen continued with stand-up comedy. After moving to Istanbul he hosted a stand-up comedy open mic night ‘Komikrofon’ hosted and created by himself and Aslı Akbay. He now resides in England and is happy to start comedy again from where he left off!