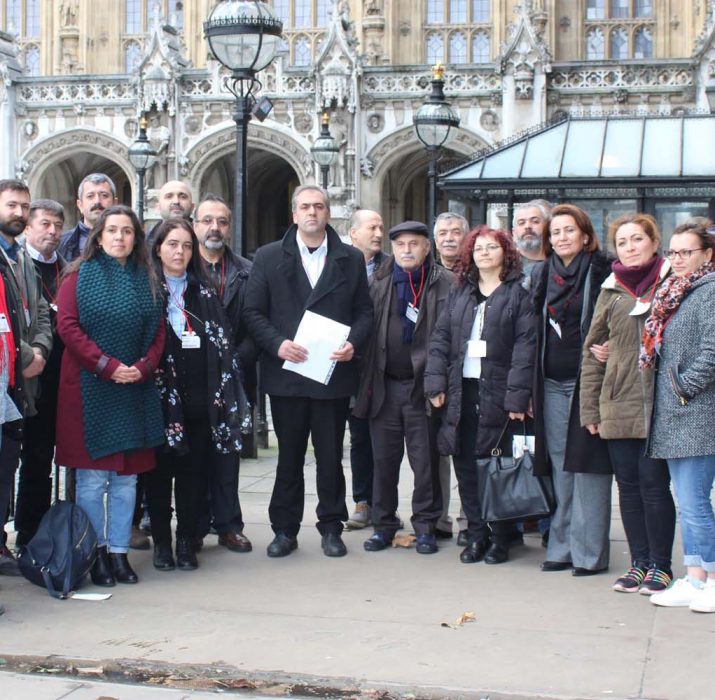 LABOUR Party Enfield MP John Ryan and Alevi administration came together with the president of Britain Alevi federation Israfil Erbil, association executives and the press where he held the meeting on the 3rd of January at 1pm, to discuss the AKP government’s policies in Turkey and the British government.

On behalf of the British Alevi Federation, Chairman Israfil Arbil said in his statement to the attention of British government officials, the public and the press:”From the day when the AKP took office in Turkey continues its anti-democratic practices. No democratic practice has yet to be achieved despite European Union warning. Erdogan has strengthened his powers day by day to create an authoritarian and dictatorial regime by using the 2016 failed coup attempt in the interests of his interests. Today, one man from Turkey’s image rather less liberal European democracy looks like a Middle Eastern country.

The Alevi institutions and the public are finally threatened by the People’s Movement established by the AKP. It is known that this structure, established under the protection of Shari’a and officially recognised by the AKP government, has 7000 armed elements. This structure, which consists mostly of IŞİD members, has been enacted with a Decree issued last week. The outbreak of a civil war in Turkey and we are afraid the murder of unarmed, defenceless Alevi’s and all the other people. We are particularly worried about the tension that will be triggered by showing the Sunnis and the Alevi as having problems.

With this statement, we warn the Turkish authorities, the police and the relevant ministries against the AKP assassination gangs. Nonetheless, British Federation of Alevi and Alevism as more visible to Alevi’s, we will continue our fight to be known. AKP create enmity and academics who favour democracy, politicians, journalists and will continue to be the voice of all oppressed peoples.”