THE TURKISH Ambassador to London Abdurrahman Bilgiç has issued his New Year message and emphasized on the struggle against terrorism. 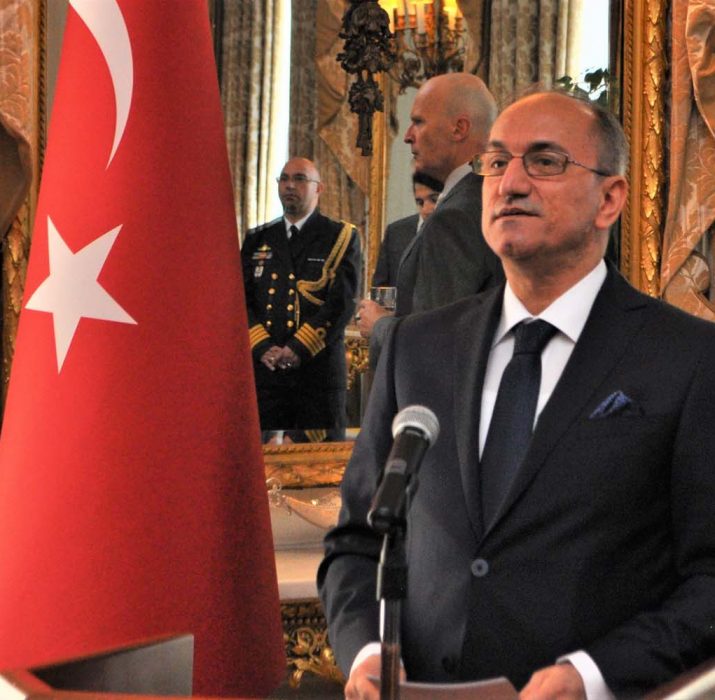 THE TURKISH Ambassador to London Abdurrahman Bilgiç has issued his New Year message and emphasized on the struggle against terrorism.

His message to Turkish Communities living in Britain is as followed;

“Dearest readers and citizens of our community in England,

I am for the fourth time experiencing the joy of celebrating a New Year with you all… I wish that the year 2018 will bring peace, harmony and bright days to my country, the United Kingdom, and the world. The year 2017, which we have left behind, has been a year in which we have experienced significant developments in both the global level and the geography in which our country is located. It’s been a year whereby, Turkey and the United Kingdom were exposed to similar challenges yet were able to further deepen bilateral relations in all fields and they have managed to develop stronger partnerships within the international platforms they are members of… As it is known, the UK has entered a transformation process that will determine the future and scope of its relations with Europe following the “Brexit” decision taken in the EU referendum… The distinguished Turkish community in the United Kingdom has played an important role this year, they have managed to deal with various challenges in which the country they are living in has experienced and accomplished to make significant contributions in all areas of social life. In this period, when relations between our country and the United Kingdom have taken a significant step, all the valuable members of the Turkish society, including our Cypriot compatriots, have constructed a powerful bridge. I hope that 2018 will bring health, happiness, and well-being to our community in the UK and our Cypriot compatriots in 2017, underscoring the strong belief that the positive progress of close relations between the two countries will continue.”