ON December 8, three men dinning at a restaurant in Middlesbrough walked away without paying for their meals. 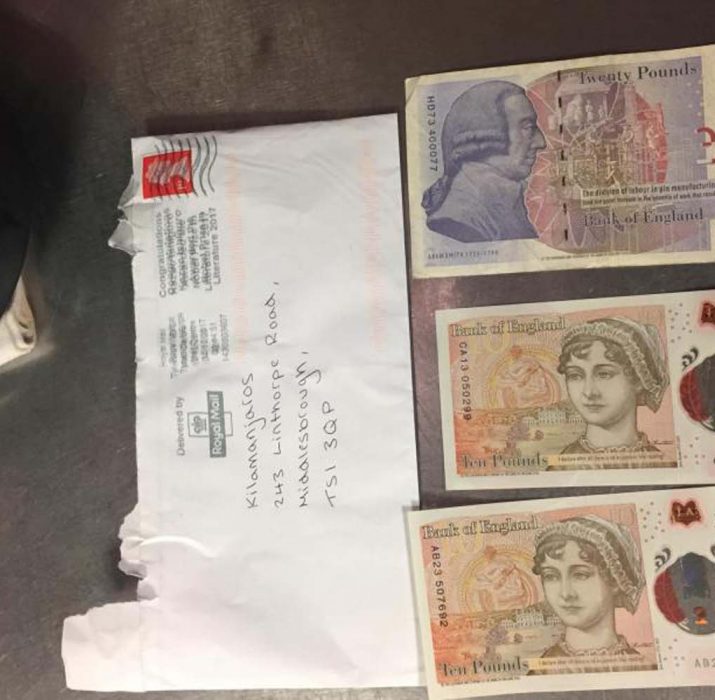 ON December 8, three men dinning at a restaurant in Middlesbrough walked away without paying for their meals. After been told they couldn’t make a payment with card, they went hunting for a cash machine to make a withdrawal. The 3 men realised their last train was approaching and had left without paying the bill.

As days past restaurant owner Mr Apollo Apollinaire accepted that the men had mostly made a dash to avoid paying their bill. Losing his faith in humanity once again after thieves targeted his restaurant and stole £3,500 from the safe just days.

However just 24hr after the rubbery Apollinaire was left ‘gobsmacked’ by the 3 men beautiful act’. In a letter with £40 inside along with an apology for their mistake, ‘Tom, Alex and Harry’ settling the bill in full.

A spokeswoman for Cleveland Police said: “There was a safe taken from … It has been reported that it contained £3,500.

“A large amount of cash was taken from Great.”

She added: “Enquiries are ongoing and if anyone has any information can they please contact Cleveland Police on the non-emergency 101 number.”