WHILE the government under the conservative party continue to hold Brexit talk with the European Union in order reach an agreed bill, the Turkish businessman evaluated the effects of macro economy. 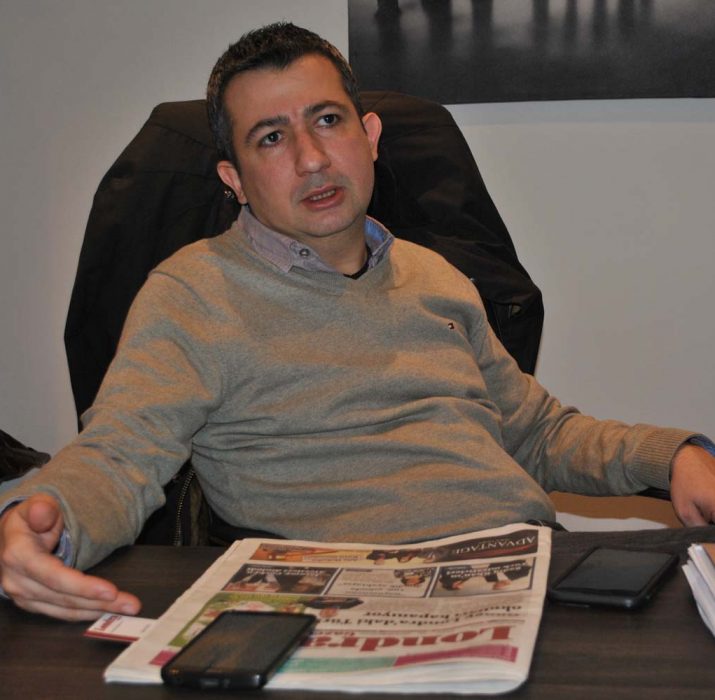 WHILE the government under the conservative party continue to hold Brexit talk with the European Union in order reach an agreed bill, the Turkish businessman evaluated the effects of macro economy.

Speaking to the Londra Gazete, Holland Bazaar General Manager Mert Uçar spoke of many issues, from the pressure on the market to the macro economy effects of the current uncertainty, in the most understandable way.

The successful businessman, talked about the negative impact we will feel after Brexit decision saying:

“Think of yourselves as an average a British citizen and who is a truck driver. You have difficulty finding jobs for £500 a week, but with the decision of Brexit and the Europeans returning to their countries, they are offering jobs which pay for £600 a week.

In the short-term scenario you will think that your income will rise for 1-2 years, but after 3-4 years you will not find the load to carry due to economic shrinkage. Since there is no cargo to be carried, you will be operating for 40 hours a week and 30 hours a day. Then one day you will come to an end and be told that you are the driver of your company. You will understand that macroeconomics does not change on such a day; now an English driver is very happy because probably everyone is looking for it for the job with his skill however after 3-4 years he will be unemployed.”

“There is a pressure on the citizens of the European Union member country. If you are a Bulgarian or a Polish worker, you will go abroad. The currency in your home country is euros, when you came to England two years ago you could make about 2,000 euros per month, but now you can earn 1,500 euros. You can win the same money both in your own country and with your family. It is no wise to come to this country as an immigrant after Brexit’s decision.”

“The people coming from the countries of the European Union are not liked by the society by suggesting various reasons. They are making excuses as if they are a tyranny, an unfair state aid. If a person is victim of extortion, it is a security problem in this country, not an immigration problem. On the other hand, as a government, we have the right to regulate state aid policies. That means the government can give aid only to the citizens from a selected country and take away aid for those citizens of other countries who have worked full time for the past 10 year paying their taxes even if they preferred Brexit”

“For an Arab, a Russian, a Turk or a Chinese investor, London was the gateway to Europe. People from these countries did not have to open factories to invest; even buying a 150 square meter apartment in Chelsea for £ 5 million was enough. Well, why did people pay these prices? Because Britain was an EU member, and after Brexit, we will also make these investments.”