Turkey’s exports from this January to November reached $142.7 billion, marking a 10.7 percent rise from the same period last year, mainly due to an ongoing surge in automotive exports, the Turkish Exporters’ Assembly (TİM) stated on Dec. 1. 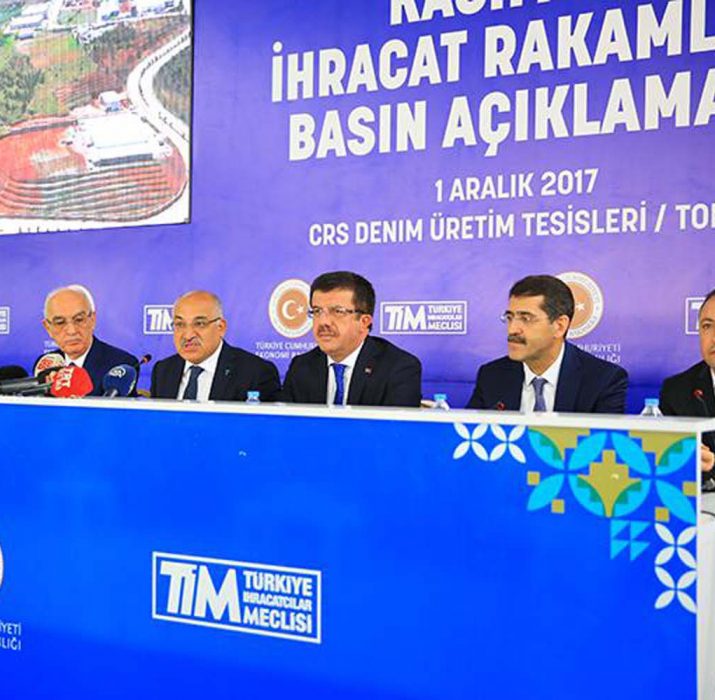 Turkey’s exports from this January to November reached $142.7 billion, marking a 10.7 percent rise from the same period last year, mainly due to an ongoing surge in automotive exports, the Turkish Exporters’ Assembly (TİM) stated on Dec. 1.

In November, the country’s exports rose by 14.2 percent year-on-year and recorded $13.6 billion, TİM President Mehmet Büyükekşi said at a meeting in the Black Sea province of Tokat.

TİM figures showed that exports in the last 12 months also showed a 10.5 percent yearly increase to reach $155.4 billion. The year-end export target is $156.5 billion, according to the country’s Medium-Term Economic Program (OVP).

Büyükekşi noted that exports thus exceeded the entire 2016 figure in the first 11 months of the year.

“We will likely exceed the annual OVP target by the end of December,” he added.

The automotive sector again became the top exporter in November with $2.65 billion in exports, marking a 17.4 percent year-on-year increase, according to TİM data.

The sector’s 11-month exports were announced at over $26 billion by the association, with a 20.9 percent increase compared to the same period of 2016.

The ready-made wearing sector and chemical products sector followed it with $15.6 billion and $14.7 billion, respectively, in the January-November period.

Büyükeşi also said the competitive lira-dollar parity level for the sector was around 3.5-3.6, so sector players are not happy with the recent sharp drop in the value of the Turkish Lira. (HÜRRİYETDAILYNEWS)