QUEEN Elizabeth II handed over royal duties to Crown Prince Charles, at the World War I Remembrance Sunday service for the fallen soldiers. 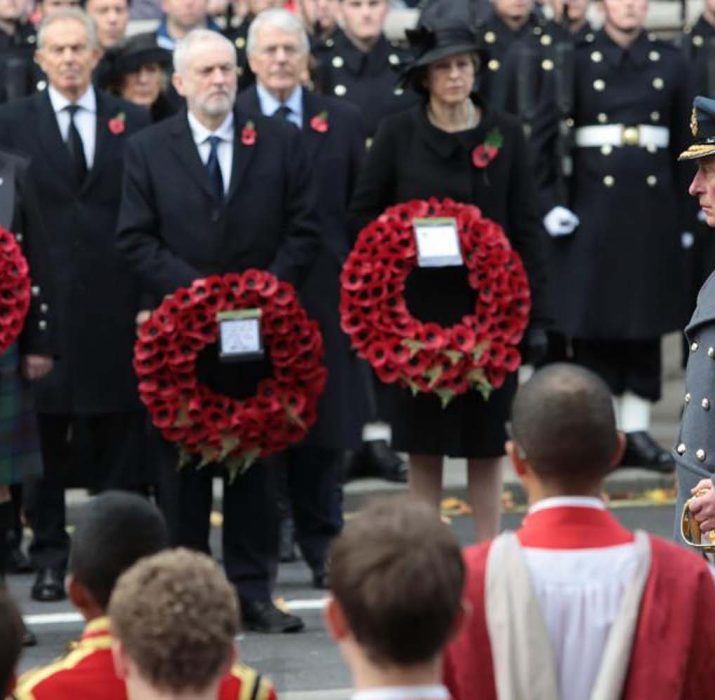 QUEEN Elizabeth II handed over royal duties to Crown Prince Charles, at the World War I Remembrance Sunday service for the fallen soldiers. In England, soldiers who lost their lives in World War I were remembered as part of the anniversary of the ceasefire between the Allies and Germany on November 11, 1918.

At the ceremony held in Whitehall Street, where the Prime Minister and some ministries gathered, Queen Elizabeth II handed the ceremony responablity of laying the wreath to her son, Prince Charles, while she watched on from the balcony alongside Prince Philip, and Camilla, Duchess of Cornwall. At the ceremony, politicians, bureaucrats and soldiers were in attendance, including Prime Minister Theresa May, former prime minister Tony Blair, John Major, Gordon Brown, and opposition Labour Party leader Jeremy Corbyn, all layed a wreath in memory. Memorial Market events held every Sunday, November 11th , a parade was held at 11.00 am, with a two-minute silence from the country, as well as the videotapes of the various wars of Great Britain.

Some of the news in the press went on to say that Queen Elizabeth II, 91 years old, was preparing to leave her son Prince Charles as “successor.”  While Saray sources denied the claims, she emphasized that Elizabeth was determined to remain on the throne as long as her health was in place.

The rumours that the queen’s  would be handing over the crown to her 68-year-old son, Prince Charles, arised after the retirement of her 96-year-old husband, Prince Philip, at the beginning of August. Queen Elizabeth II, England’s longest reiging monarch in history, Crowned Queen on February 6, 1952. Elizabeth , now aged 91, boke her great-great grandmother, Queen Victoria, record for the longest reiging monarch. The queen’s throne record has led Charles to become the longest waiting heir for the throne. Last year Queen Elizabeth II was unable to attend the New Year’s church ritual with the traditional Christmas month, due to the “heavy cold”  and