TWO Turkish teachers who are currently imprisoned and on hunger strike have been supported in an evening event held in London. 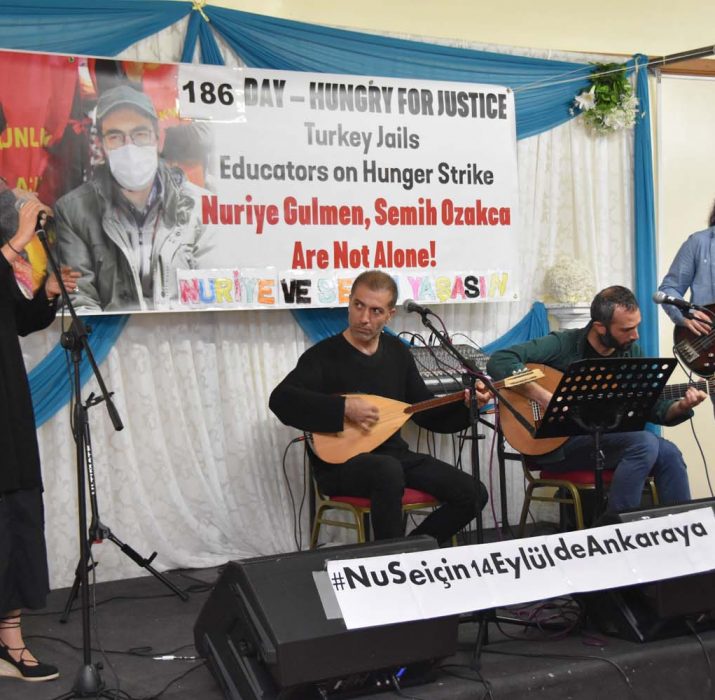 TWO Turkish teachers who are currently imprisoned and on hunger strike have been supported in an evening event held in London.

Turkish and Kurdish Association Day-Mer hosted the event, attended by a high number of people.

Musician Bergüzar Erdoğan spoke before the concert began, she said: “We believe that we must stand beside each rightful and pride-filled protest. Thoughts and protests should be listened to and supported. We have held this event in order to show our support towards these feelings and views.”

“LET THEM RETURN TO WORK”

Performer Canan Sağar also spoke of Nuriye and Semih, she said: “We aren’t supporting death as musicians, but rather life and living, we are supporting thousands of people who have been wrongly been disqualified from their jobs, we hope that every single one of them are allowed to return to work.”

A joint performance by all the musicians dedicated to Nuriye Gülmen ve Semih Özakça of Canan Sağar’s song ‘Yüksel Street’ ended the night.