Police made more than 300 arrests and 28 officers were injured at Notting Hill Carnival over the Bank Holiday weekend. 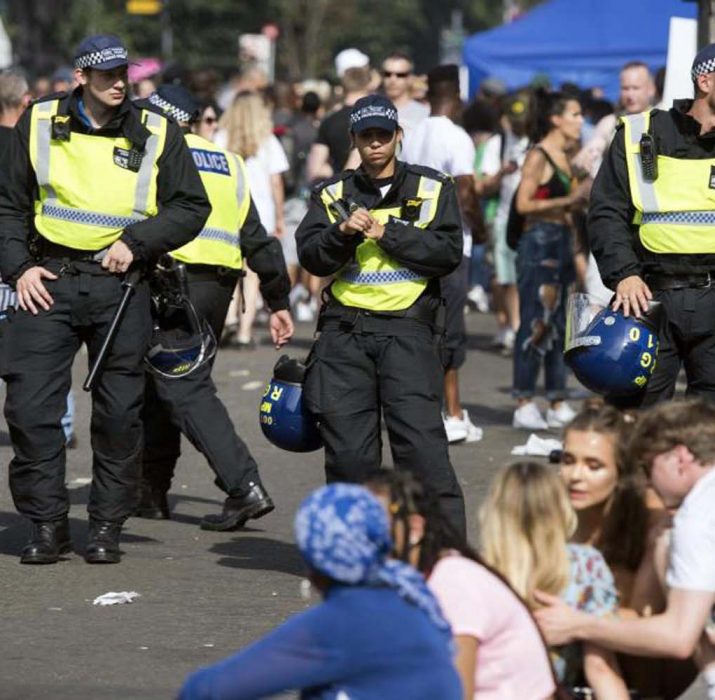 Police made more than 300 arrests and 28 officers were injured at Notting Hill Carnival over the Bank Holiday weekend. Scotland Yard said officers made 313 arrests for a range of offences including 112 for drugs and 58 for offensive weapons.

Twenty-eight officers were injured across both days, while 17 arrests were made for assault on police, the Met said. The two-day Bank Holiday festivities saw hundreds of thousands of revellers dance their way around the west London carnival route, while there were a number of opportunities for attendees to pay their respects to those who died in the Grenfell Tower fire.

Three people were injured when an acidic liquid was thrown over a crowd near Ladbroke Grove on Sunday evening. Medics treated them for skin irritation but their injuries were not thought to be serious. Two other people were injured in a stampede as revellers fled in panic following the incident.  The number of arrests is so far lower than in 2016, when more than 450 people were detained across the two days of festivities.

“CARNIVAL SHOULD BE BANNED FOR POLICE SAFETY”

Ken Marsh, who leads the rank-and-file group, asked: “What other event would be allowed to carry on regardless with so many police colleagues under attack?”

The Bank Holiday weekend event in west London saw 31 police officers injured, with bottles and other objects thrown at them, blood spat at them and a potentially acidic substance thrown at them. “It is none of the above. It is a disgrace. Twenty-eight brave colleagues went to work this weekend and were attacked for just doing their job. This is not normal. This is not acceptable.

“There are now so many officers being injured every year at the carnival – with more than 40 last year and let’s not forget that an officer was stabbed in 2015. What other event would be allowed to carry on regardless with so many police colleagues under attack?”