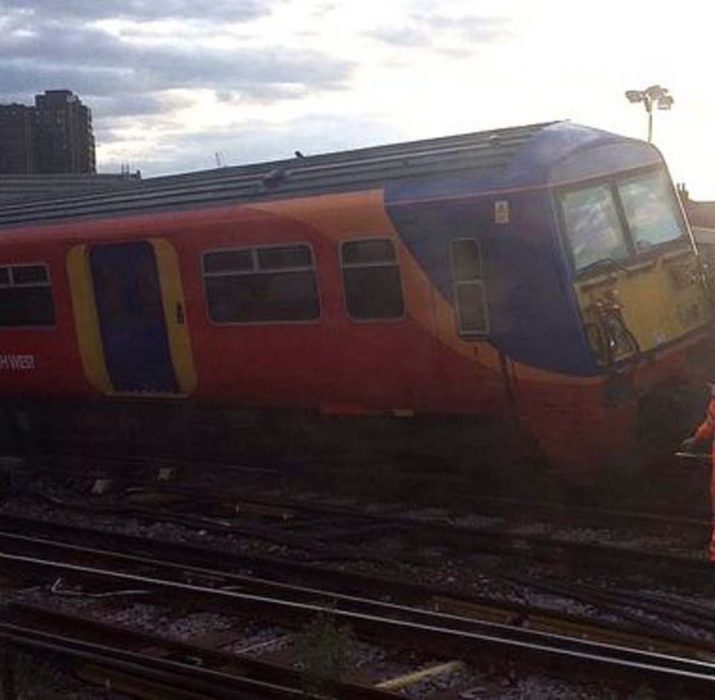 The train partly left the tracks as it was pulling away from a platform at low speed at 05:40 BST, Network Rail said.

Three people were checked over by London Ambulance Service but nobody was taken to hospital.

Ten platforms are already shut as part of engineering works to enlarge the station’s capacity. (BBCNEWS)