The Islamic State of Iraq and the Levant (ISIL) has killed a total of 304 people in 14 major attacks in Turkey overall, according to a report prepared by the Interior Ministry, Turkish media reported on July 11. 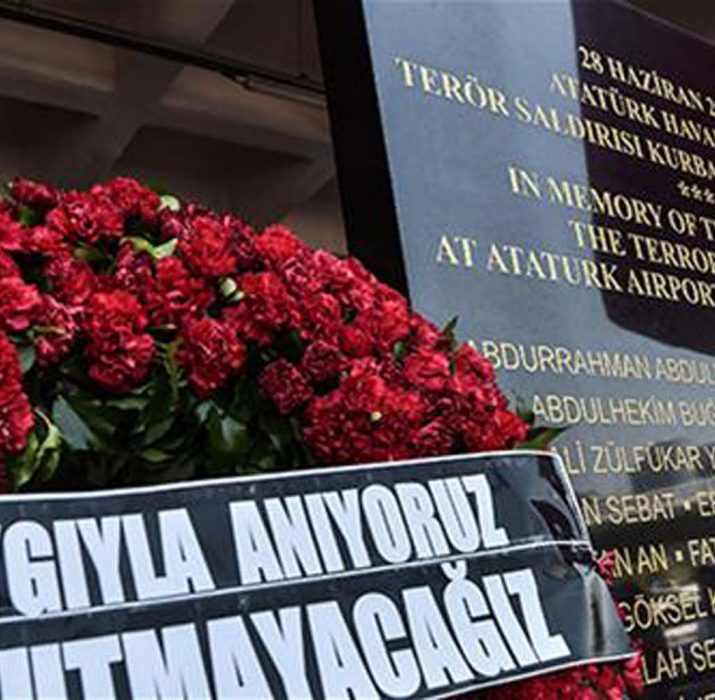 The Islamic State of Iraq and the Levant (ISIL) has killed a total of 304 people in 14 major attacks in Turkey overall, according to a report prepared by the Interior Ministry, Turkish media reported on July 11.

“A total of 14 significant ISIL terror attacks were carried out in Turkey. Ten of these were suicide attacks, one was a bomb attack and three were armed attacks. As a result, 304 people, including 10 police officers and one soldier, were killed and 1,338 people, including 62 police officers and seven soldiers, were wounded,” the 76-page report titled “Turkey’s Struggle against ISIL” stated.

According to the report, three of the attacks were carried out in Istanbul and five of the others were in the southeastern provinces of Diyarbakır, Şanlıurfa and Gaziantep and the capital Ankara.

The ministry reportedly stated that 22 significant terror acts were prevented in 2016 after operations and intelligence work were carried out.

In addition, the ministry reportedly claimed that “the necessary detailed information” on suspected foreign terrorist fighters is not being shared by the source countries before their arrival in Turkey.

“Even though Turkey determines the individuals with potential to become foreign terrorist fighters and extradites them to their countries, it is seen that the threat posed by these individuals in the source countries isn’t being taken into consideration enough,” the report allegedly states.

The ministry reportedly said foreign terrorist fighters who arrive in the country to join ISIL from all over the world are trying to cross into clash zones through Turkey, adding that they mostly enter the country from Istanbul and the southern province of Antalya.

“These people are using airways to enter Turkey,” the ministry reportedly said, noting that a small number of the foreign fighters are entering Turkey via sea from the western province of İzmir and the southern province of Mersin.

“Trying to use Turkey as a transit country, these people have been trying to reach the provinces close to clash zones using land or airway,” it stated, referring to the southeastern provinces of Gaziantep and Şanlıurfa and the southern provinces of Hatay and Adana.

Furthermore, the report stated that 650 people, of whom 366 are foreigners, are under arrest on terror charges as of 2017.

“The ISIL threat potential against Turkey is continuing, even though it has suffered significant losses as a result of the international struggle against ISIL, which had claimed many territories by taking advantage of the authority gap in Syria and Iraq,” the report stated.

It added that ISIL has the “potential to carry out lone wolf attacks globally when taking the number of its foreign militants and the emergence of groups swearing allegiance to the group in certain parts of the world.”

“It can be seen that ISIL continues to be a global threat,” the report stated.

Tunisians have reportedly topped the list of Turkey’s list of individuals who are banned over suspected links to international terrorism.

Daily Cumhuriyet reported on July 11 that the Interior Ministry has prepared a 76-page report titled “Turkey’s Struggle against ISIL,” which gives information on banned foreign individuals and jihadists’ routes.

The report names Tunisian, Saudi Arabian, Kazakh, French, Russian and Belgian citizens as being among those banned over suspected links to international terrorism, after Turkey received notices that they may cross into clash zones in Syria.

Russian, Iranian, Libyan and Azerbaijani citizens, meanwhile, top the list of nationals who have been are caught by the Turkish authorities while trying to cross into Syria to fight. (HÜRRİYET DAILYNEWS)