A 22-year-old British man has been killed fighting against so-called Islamic State in northern Syria, Kurdish fighters have said. 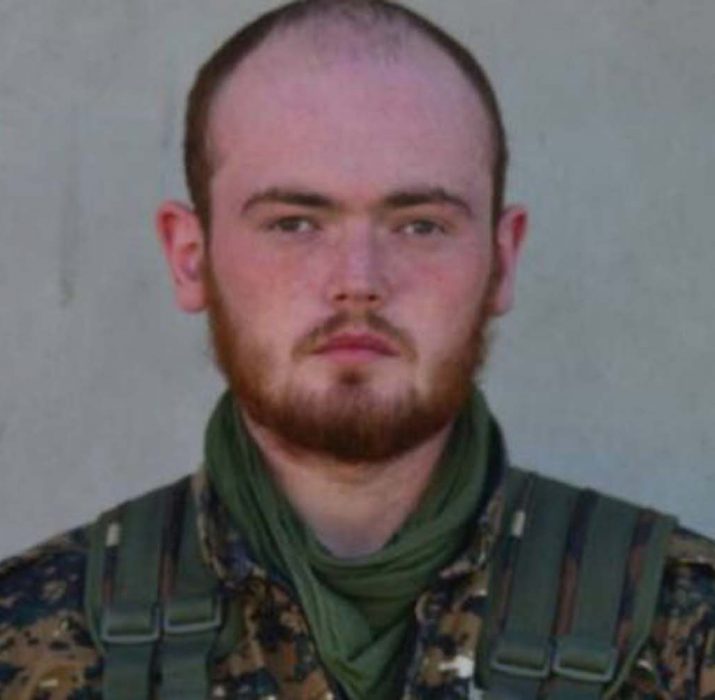 A 22-year-old British man has been killed fighting against so-called Islamic State in northern Syria, Kurdish fighters have said.

Luke Rutter, of Birkenhead, Merseyside, was killed on 6 July in a neighbourhood south of Raqqa, they said.

In a statement, the Kurdish YPG fighters said he had been killed “during the big campaign to liberate Raqqa from the terrorism of IS”.

Mr Rutter’s family said they did not wish to comment.

He is the fourth British man to be killed while fighting against IS in Syria.

BBC News correspondent Emma Vardy said an eyewitness who had been close by told her Mr Rutter had not been killed during a planned operation, but had died in what he described as an ambush.

While Mr Rutter and a group of other soldiers were some distance back from the front line, one fighter stepped on a landmine which exploded, and then IS fighters attacked, the eyewitness said.

They were quickly overpowered and the incident lasted only minutes, he added.

YPG representatives told our correspondent that while IS is slowly being defeated in Raqqa, this ambush is proof that the jihadists are very much active within the city and are using snipers, tunnels, booby traps and hidden explosive devices.

In a video posted online by the general command of the YPG, Mr Rutter said he had joined the group because it “stands for the best opportunity for peace that this region might have”.

“I lied to people I care about to come here,” he said.

“I said I was going somewhere else – I didn’t. I apologise massively for that.

“Apart from that I don’t regret my decision and I hope that you respect it.”

The statement from the YPG said Mr Rutter was also known by the name “Soro Zinar” and he had arrived in Rojava, a Kurdish region in northern Syria, at the beginning of March 2017.

It said Mr Rutter had had military training at the YPG academy in Rojava and that “despite lacking professional military background, he was among the best in training.”

“We send our thoughts and prayers to Martyr Soro, his family, and his comrades who fought courageously on behalf of all humanity,” the statement said.

“Soro will always be remembered by our people and all peace-loving people around the world as a hero who sacrificed his life for the sake of protecting the value of the free world.”

The British Foreign Office advises people not to travel to Syria to fight. (BBCNEWS)