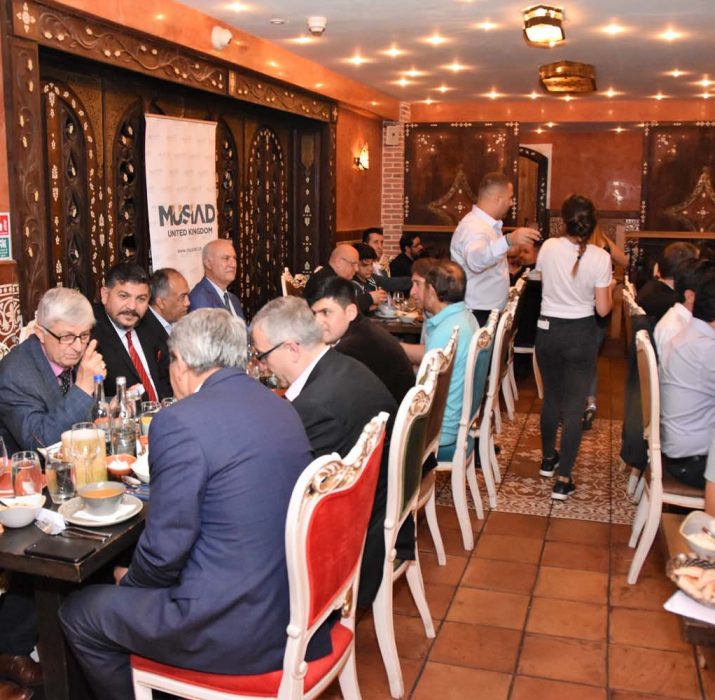 Abdurrahman Bilgiç, on the other hand, in his speech remarked the importance of UK and Turkey trade deals by stating that the two countries share record number of trade that falls into 17 billion dollars.

The iftar came to an end with Burhan Aygün hoca’s prayer from Süleymaniye mosque.