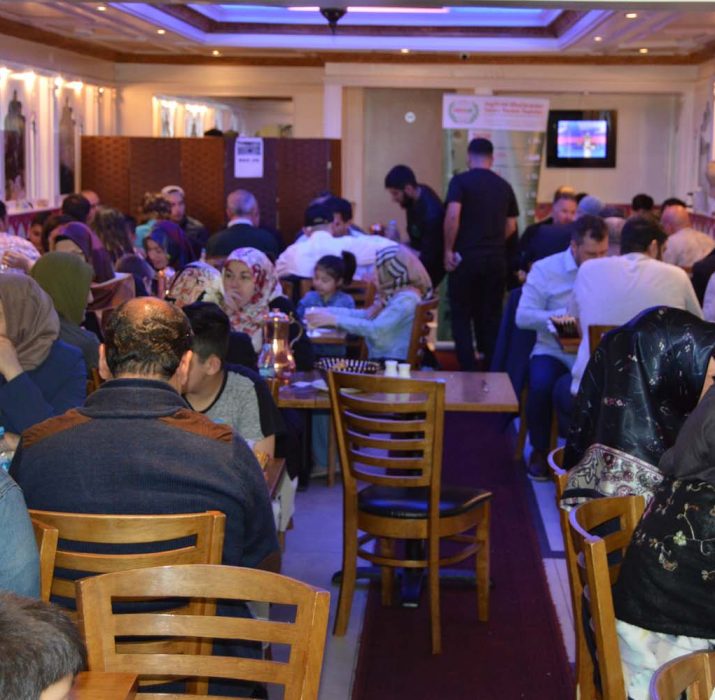 The event that took place in Edmonton’s Hilal Restaurant, many familiar faces from the community got together for the special Iftar meal by prayers and solidarity. The iftar meal was also in support to Gazza and Somalia, as a continuous help aspiration of IHH UK.

IHH UK Religious Consultant and Spokesperson Osman Paköz Hoca, in his speech, thanked the comers by remarking how significant it is to be together on iftars as it enriches friendships, solidarity and religious attachment.

“Our charity’s primary aim is to provide food and water for those who are in need in our World – we have so far constructed houses and made extensive helps to Bangladesh. Also we have constructed water depots equivalent to 19k American dollars.”

Mr Tahir also said that IHH UK is in preparation of constructing a similar water depot Project planned for Gazza in the future. He also stated that the contributions gathered out of the Iftar meal will be sent to Gazza and Somalia before the Eid.