The world’s record book Guinness has just been shaken by two friends’ groundbreaking record of visiting 13 countries in just 24 hours! 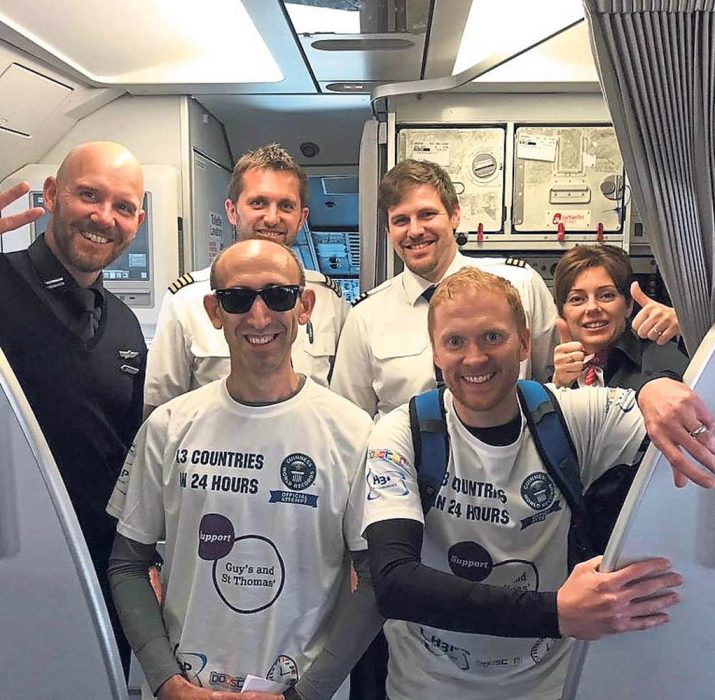 The world’s record book Guinness has just been shaken by two friends’ groundbreaking record of visiting 13 countries in just 24 hours!

With their project that is in support to the Guy’s and St Thomas Charity, a Turkish man Ümit Sabancı, 41, and his friend Stephen James Finch, 39, departed from Poland and visited countries like Czech Republic, Slovenia, Hungary, Austria, Switzerland, Germany, Denmark, Sweden, Holland, Luxemburg, Belgium and France, by fulfilling their dream of visiting all of those by only using public service vehicles.

“Our route involves countries in Europe and they are all in the CET (Central European Time Zone). The list in no particular order are as follows: Denmark, Poland, Czech Republic, Hungary, Switzerland, Sweden, Austria, France, Netherlands, Belgium, Luxembourg, Germany, and Slovakia.

“We are doing this to support the amazing work of the Guy’s and St Thomas Charity, and for personal world record glory, and all of your generous donations will be going to help some of their incredible projects. Last year they opened a new £160 million Treatment and Research Cancer Centre and already this year a new children’s long-term ventilation ward has opened which literally helps children with breathing difficulties to stay alive.” Says Mr Sabancı.

Tackling the project, Londoner Ümit Sabancı says that whilst laying the foundations of the project, he was deeply moved and inspired when he read a story on Adam Leyton on a newspaper, who broke a previous record by visiting 12 countries in the shortest term.

The project that is supporting and willing to raise awareness towards Guy’s and St Thomas Charity, a charity that funds hundreds of different projects and last year opened a 160 million Treatment and Research Cancer Centre, also has a Facebook page that presents the duo’s breathtaking adventures. For more information about the project and the duo, you can visit “13 in 24 Weeks” page on Facebook.