Hundreds of Turkish and Kurdish community members celebrated May Day in central London on the 1st of May. 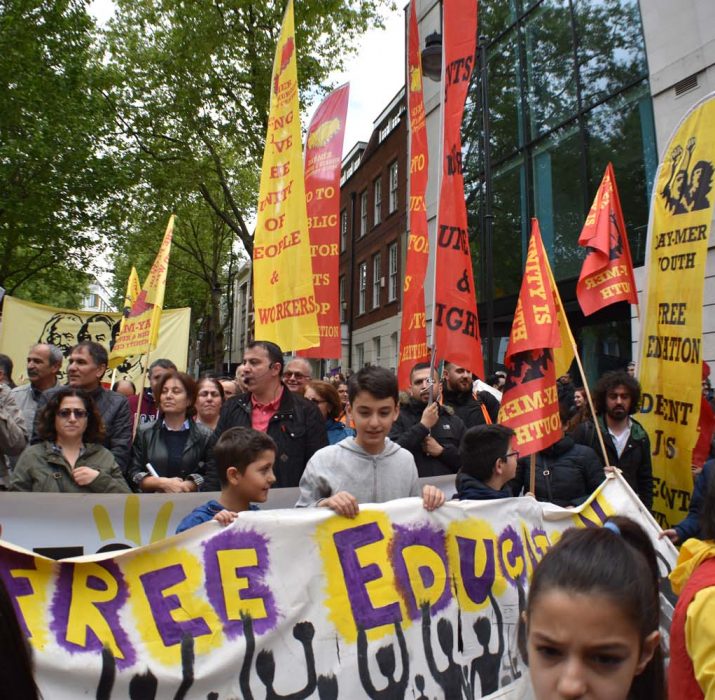 Hundreds of Turkish and Kurdish community members celebrated May Day in central London on the 1st of May.

Coming from all over the place in Britain, many NGO, charity members alongside individuals gathered together in Clerkenwell area. Protesters tackled the day by protesting the British Government’s cuts to education and health services.

MAY DAY IN TRAFALGAR SQUARE

“May Day is the day to bring together all the important struggles going on over NHS, attacks on the disabled, on education, housing, against the anti-union laws, against racism, against threats to peace, against Government support for repressive regimes, the whole austerity agenda, attacks on civil liberties, the environment, the arts and so many other areas of our lives.

“They are all linked in the economic system dominated by multinationals leading to more money for the super rich and attacks on the lives of ordinary people, young and old, of all backgrounds.

“We need to bring them all together in one great fight.”

Britain Alevi Federation President İsrafil Erbil, in his speech at the Trafalgar Square tackled the working class in Turkey.

“As Alevis we have always been beside the vulnerable and minorities.”

Mr Erbil also referred to the contemporary State of Emergency process in Turkey by giving examples of sackings and arrests.