The victory for the “Yes” campaign in Turkey’s referendum means the country’s constitution will be amended to replace the parliamentary system of governance, moving to an executive presidency. 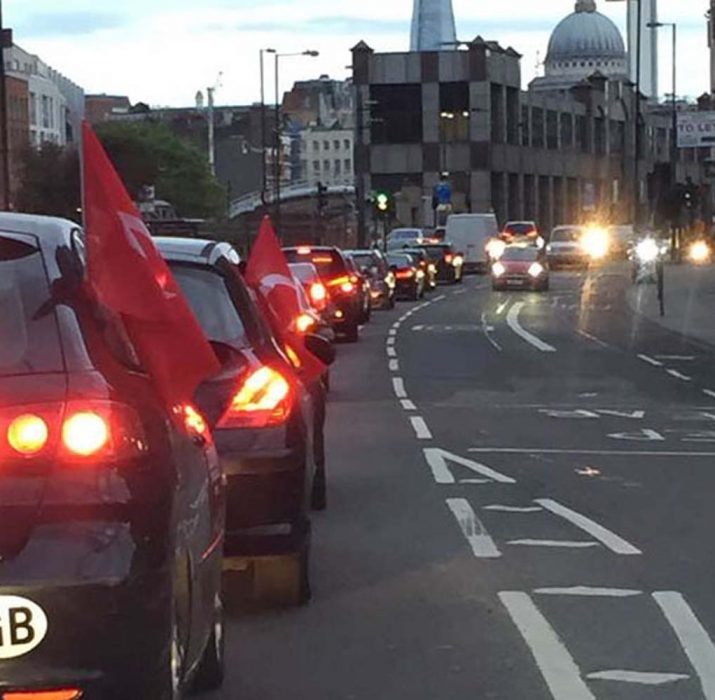 The victory for the “Yes” campaign in Turkey’s referendum means the country’s constitution will be amended to replace the parliamentary system of governance, moving to an executive presidency.

Turkey has voted to adopt a presidential system of governance in a historic referendum that saw fierce campaigning from the “Yes” and “No” camps across the country right up to the eve of polling day.

The victory for the “Yes” campaign means Turkey’s constitution will be amended to replace the parliamentary system, scrap the office of the prime minister and transform the presidency from a ceremonial position to an executive one.

Polling closed at 1400 GMT and, with vote counting speedily efficient in Turkey, the outcome was clear soon after. For the changes to be implemented, the “Yes” camp simply needed to win 50 percent plus one vote.

The constitutional amendments proposed by the governing Justice and Development Party (AK Party) were backed by the Nationalist Movement Party (MHP).

Turkey’s main opposition Republican People’s Party (CHP) had been campaigning for a “no” vote, against the proposed changes.

Supporters of the constitutional amendments say the new system of governance is an essential modernisation step for Turkey that will remove the risk of the political chaos that stunted growth in the 1990s and is blamed for the 2000-2001 financial crisis.

The outcome is likely to shape Turkey’s strained relations with the European Union. The NATO member state has curbed the flow of migrants – mainly refugees from wars in Syria and Iraq –  into the bloc but Turkish President Recep Tayyip Erdogan said he may review the deal after the vote.

The “No” campaigners, in the lead up to the referendum, argued that the new form of governance risked granting too much power to the presidency and weakened key institutions.

Finishing the votings with a range of %20-25 Yes votes, Turkish speaking yes voters celebrated their triumph by putting an Erdogan flag on the National Gallery in Trafalgar Square.

THE OPPOSITION PARTY REFUSES THE RESULTS

The main opposition party leader accused the election watchdog of violating laws and therefore making the referendum equivocal while stressing that almost half of the Turkish people was against the charter amendments even though constitutions should reflect a national consensus.

Noting that the election watchdog breached two main principles of the Election Law by accepting voting papers unofficially sealed, Kılıçdaroğlu stressed, “We don’t find it right, we don’t accept this.” “The rules cannot be changed while a match is being played. But the YSK has changed the rules right after the polls were closed,” he stressed. The CHP leader also said that the tight results show that there is no social consensus on the new charter, making a call to make a charter accepted by broader portions of the Turkish society.

The CHP said it will object to the referendum results on the grounds that the vote for the constitutional amendment was manipulated terms of content and method. “Since the morning there has been serious chaos all over Turkey. The Supreme Board of Elections [YSK] has declared that the board will deem ballots without official seals as valid,” CHP deputy leader Erdal Aksünger said, promising to lodge an objection.

“They canceled ballots without seals in voting abroad. It was the same board that did this,” Aksünger said, promising to lodge an objection. Aksünger said his party received information regarding claims that there was a misuse of documents with signatures, criticizing the YSK’s decision that deemed ballots without YSK seals on them to be valid.

“Besides, there were two different types of stamps; one said ‘choice,’ the others said ‘yes’ on them. It is a reason in itself to cancel the vote,” he said, adding that there was many violations. “In eastern and southeastern cities, the election observers from the ‘no’ groups were removed from their polling stations. There were many violations in terms of the form of the elections. There were people who voted outside booths, violating the secret ballot rule. There were people who went to the ballot boxes with their village heads; these are all violations,” he added. “Overall, there is a very serious manipulation here. Now, I am looking at the official results of the YSK, which states that 90 percent of the ballot boxes were opened. But state-run Anadolu Agency said 99 percent of the ballot boxes were opened. This is a clear manipulation,” he said, arguing that the news agency manipulated the results of the referendum before the official
results were announced.