Dr Bill Frankland, who we caught up with around his 100th birthday five years ago, is a remarkable man. 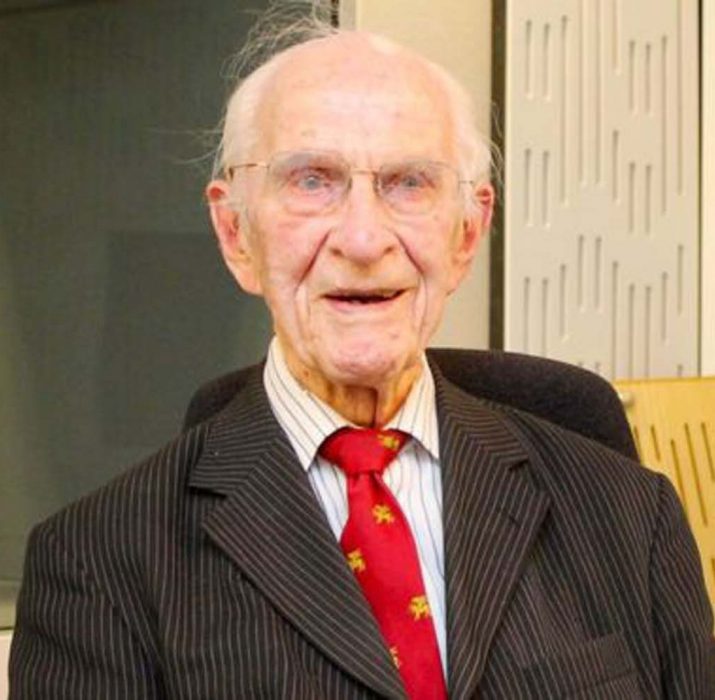 Dr Bill Frankland, who we caught up with around his 100th birthday five years ago, is a remarkable man.

He’s been asked by Saddam Hussein for treatment, suffered as a prisoner of war and worked with Alexander Fleming, and is still going strong.

Born in Sussex, the doctor is known as the ‘Grandfather of Allergy’, which is his specialism – he helped thousands every year by convincing the media to show pollen counts in weather forecasts.

Dr Frankland has received two cards from the Queen for reaching such a grand old age, and still drinks alcohol, cheekily telling the Daily Mail: “No wine for me — I had too much to drink yesterday”.

During the Second World War, he joined the Royal Amy Medical Corps and was sent to Singapore.

On arrival, he tossed a coin with a fellow medic to decide upon the institution where each would work. It was three days before Pearl Harbour on December 7, 1941.

Some two months later, on February 15, 1942, the Japanese swept into Singapore.

Frankland survived the invasion but endured ”three-and-a-half years of hell” in an internment camp on Blakang Mati Island (now Sentosa).

He now has a non-paid consultancy role at Guy’s Hospital, where he researched peanut allergies. He continued to see patients as a private consultant into his late 90s.